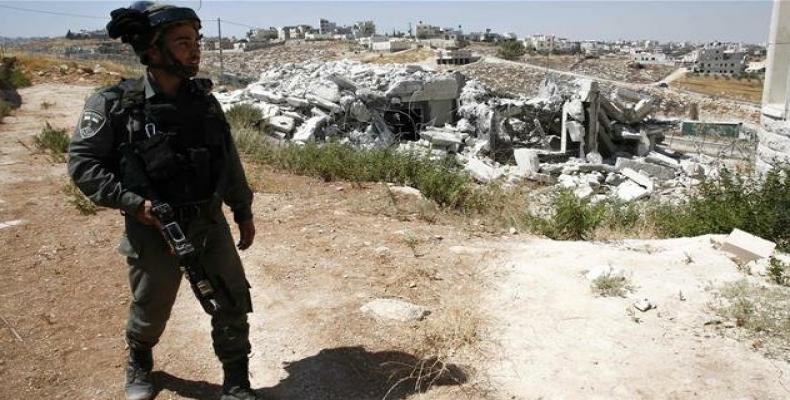 Ramallah, September 27 (RHC)-- Israeli police have arrested 10 Palestinians in clashes that erupted following the demolition of three Palestinian homes.  Palestinian media outlets reported that the houses in the city of Shefa-‘Amr in the occupied territories had been demolished over the past 24 hours under the pretext of lacking building permits.

Israeli authorities claim the residential structures that are demolished have been built without the relevant building permits, which are nearly impossible to obtain from the Israeli regime.

The residents, however, say they do not need Israeli permission to build their homes because they have received approvals from the Palestinian Authority, which is tasked with running the West Bank’s affairs.

In July, Israeli forces destroyed homes on the outskirts of the occupied East Jerusalem al-Quds, despite international condemnation and mass protests.

The Israeli rights group B’Tselem said in a report in May that Israeli authorities had forced nearly 3,000 Palestinians from their homes in Jerusalem al-Quds over the past 15 years.