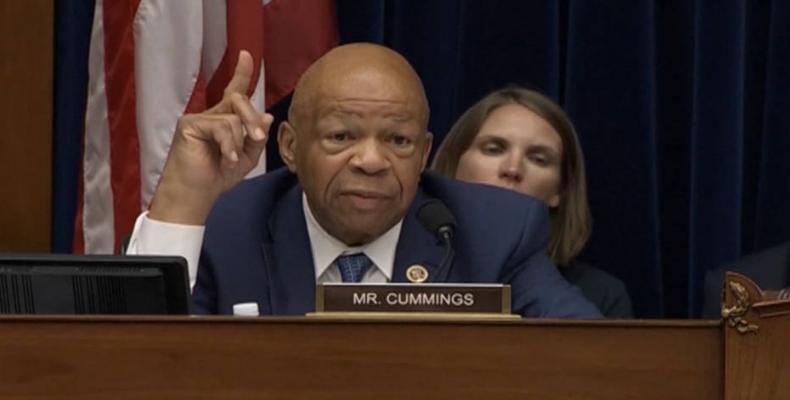 Baltimore, October 18 (RHC)-- In the United States, Maryland Democratic Congressmember Elijah Cummings has died at the age of 68.  The longtime African-American politician had for decades championed progressive causes and the rights of African Americans and the poor.  He was also a fierce critic of President Trump, who has called Cummings’s majority-Black district a “rodent-infested mess.”

Cummings was born in 1951 as the son of a sharecropper.  In elementary school, he was told he was “too slow” and that he spoke poorly.  He rose to become one of the most powerful orators in the Maryland State House and the first black House speaker pro tem, and then the chair of the Congressional Black Caucus.

Congressmember Cummings also served as the chair of the House of Representatives Oversight and Reform Committee.  Elijah Cummings died early Thursday morning at Johns Hopkins Hospital in Baltimore at the age of 68.