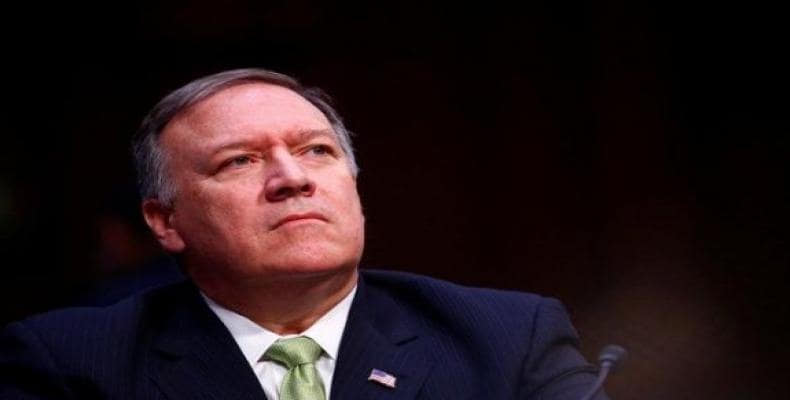 Tel Aviv, October 21 (RHC)-- U.S. Secretary of State Mike Pompeo says that Israel has the "fundamental right" and the operational freedom to act in the region against the supposed Iranian threat.

During an interview with The Jerusalem Post, Pompeo also said that Washington will closely monitor the Syrian-Iraqi border despite the withdrawal of U.S. troops.

After meeting with Israeli Prime Minister Benjamin Netanyahu and the head of Mossad, Yossi Cohen, the U.S. diplomat stated that "Israel has the fundamental right to take the necessary actions to guarantee the security of its people."

The secretary of state dismissed concerns expressed by Israeli politicians and defense officials that the U.S. withdrawal from Syria would strengthen Tehran.   In this regard, Pompeo said that the current U.S. administration has imposed the strongest sanctions in history against Iran and continues with the idea of countering the Iranian threat which the states consider the most dangerous destabilizing force in the Middle East.  He further insisted that Israel has no reason to worry since the United States will support it in the event of future conflicts.

Meanwhile in a recent interview, Iranian President Hassan Rohani said that it is not his country but the U.S. that contributes to fomenting "terrorism" in the Middle East and, as an example, referred to Washington's military operations in Syria.

In the same interview, Rohani assured that "there is no terrorism in the whole world that can be compared with the activities of Israel," accusing the country of taking care of the wounded combatants of the Islamic State and of making weapons available to them.