Protests against Chilean government continue throughout the country 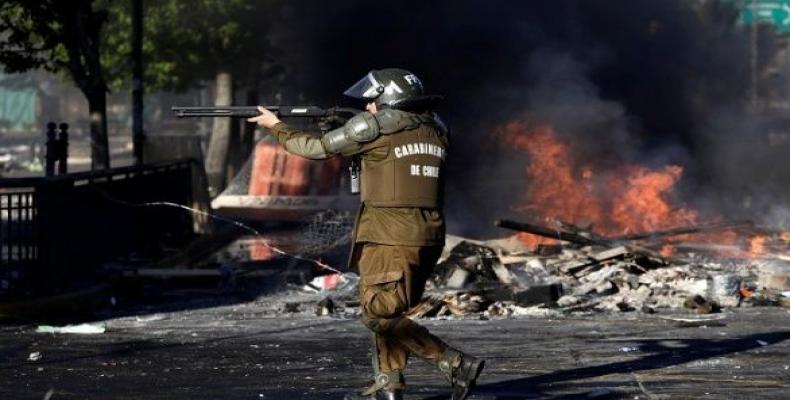 Santiago de Chile, October 22 (RHC)-- As protests continue throughout Chile, the National Institute of Human Rights (NHRI) presented the latest statistics of detainees and injured since the social protests began on October 17th.  According to its report, there have been more than 5,400 arrests and 84 people wounded by gunfire so far.

Regarding the death toll, Chilean authorities have reported 21 people have been killed since the start of the protests.  The NHRI also announced that there have been several cases of sexual abuse and excessive use of force during detentions.  Therefore, this humanitarian institution filed legal charges of violence against eight military police ("carabineros") and soldiers.

United Nations High Commissioner for Human Rights Michelle Bachelet has finally broken her silence and called for an independent investigation into the deaths that have occurred during violent protests.   She also mentioned what she called "disturbing" allegations of excessive use of military force.

This Wednesday morning, a 48-hour general strike begins, declared by trade unions and student groups, effectively shutting down the country.