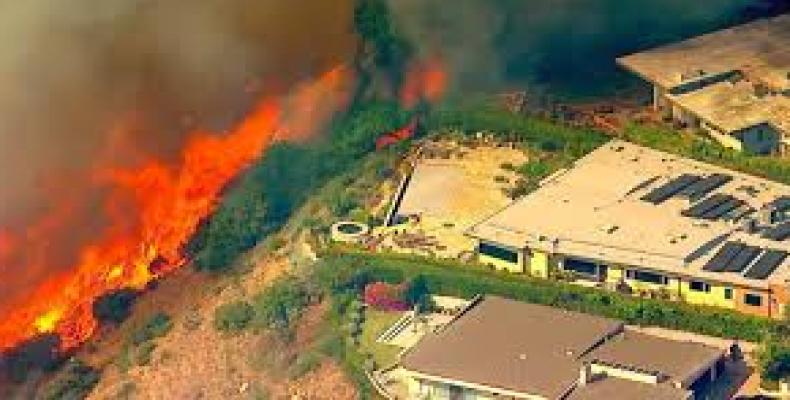 Sacramento, October 28 (RHC)-- The governor of the U.S. state of California has declared a state of emergency, as climate-change-fueled wildfires sweep across the state, from Los Angeles to Northern California.

Strong winds lashed the Bay Area over the weekend, spreading the fires across multiple counties despite widespread mandatory PG&E blackouts intended to reduce the fire risk.  The planned blackouts have left millions without power.

Nearly 200,000 people are under evacuation orders, mainly in Sonoma County. The San Francisco Chronicle reported that the latest spate of fires have “intensified fears that parts of California could become almost dangerous to inhabit.”