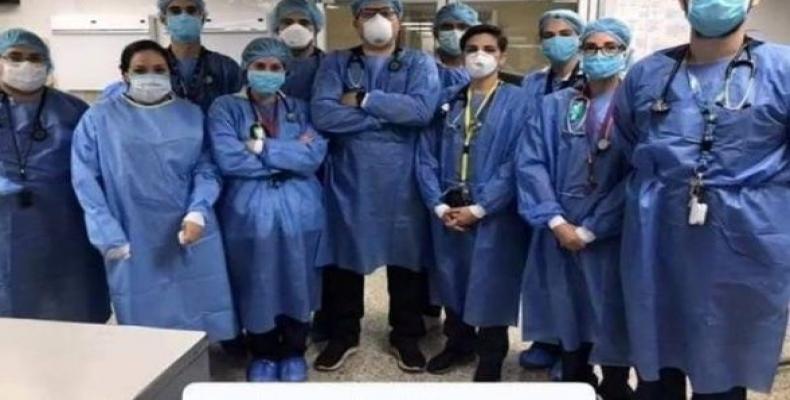 Tegucigalpa, April 7 (RHC)-- Doctors in Honduras gave an ultimatum to the government because of the lack of medical supplies to combar the COVID-19 outbreak inside the country.  Doctors, residents and social workers announced their withdrawal from the hospitals if the biosecurity equipment and resources necessary to avoid further contamination by the virus are not provided.

Reniery Lazo, the chief resident of internal medicine, said that if there is no government response they will take the necessary measures.  Among the actions proposed by the Honduran doctors' organization is the abandonment of hospital wards and other medical facilities.  According to Lazo, medical personnel do not have the equipment to prevent contagion while providing care to patients affected by the virus.

The representative of internal medicine residents added that the delivery of masks, medical gowns, gloves, boots, and hydro-alcoholic gel should be a priority.  Due to working conditions, at least six health workers in Honduras have tested positive to COVID-19.

The Freedom and Refoundation Party of Honduras (Libre) denounced how 70 percent of citizens do not have access to health care services and nine out of ten people are not covered by any type of health insurance, making the situation even more delicate.  In these circumstances, the doctors' withdrawal would cause a severe health crisis.

According to local media, some of the requested supplies are arriving at hospitals; even so, the amount is not enough. These statements by Honduran medical personnel occur during the health crisis in the Central American country caused by the virus, where 298 positive cases and 22 deaths have been recorded so far.