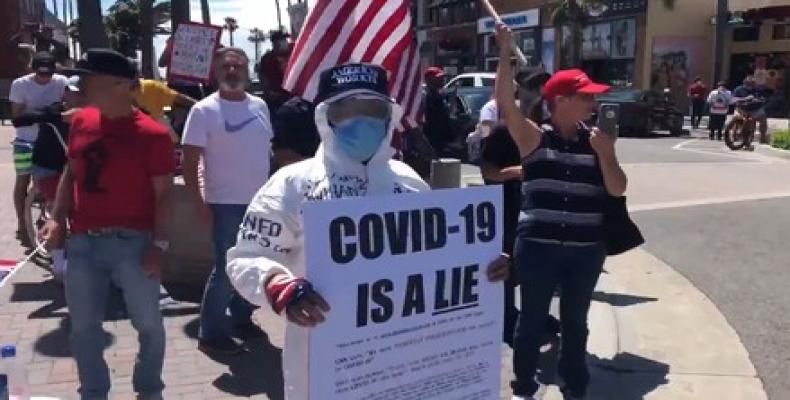 One of the far-right activists organizing the protests online is so called gun-rights activist Ben Dorr and his two brothers, who run the group Minnesota Gun Rights.  The trio has attacked the National Rifle Association as "too soft" on gun rights and has set up Facebook pages to organize protests in several states with names like “Wisconsinites Against Excessive Quarantine.”

Meanwhile, last week’s anti-quarantine protest in Lansing, Michigan, was organized by the Michigan Conservative Coalition, which is founded by two prominent Trump supporters and was promoted by the Michigan Freedom Fund, whose founder Greg McNeilly is linked to the family of Education Secretary Betsy DeVos.