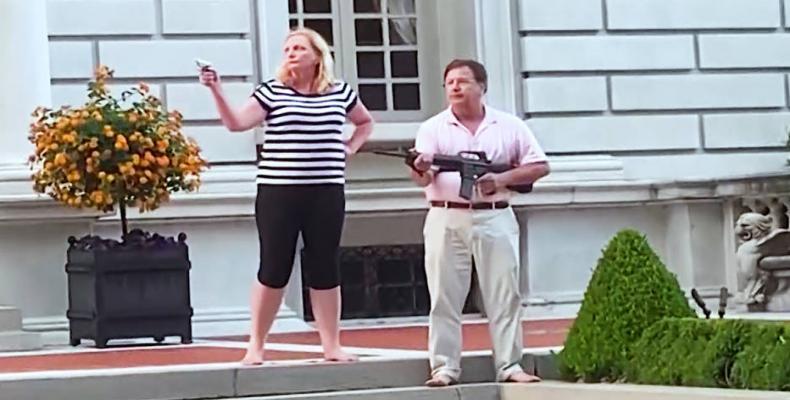 The couple, who have been identified as Mark and Patricia McCloskey, are both lawyers.  He was armed with an AR-15-style rifle.  She had a semiautomatic pistol.  The St. Louis circuit attorney is now investigating whether the couple broke any laws.

The protesters were marching to the home of St. Louis Mayor Lyda Krewson, who is under fire for publicly reading out loud the names and addresses of protesters who are calling for the police to be defunded during a live video briefing.  The mayor has since apologized for the move and deleted the Facebook video.