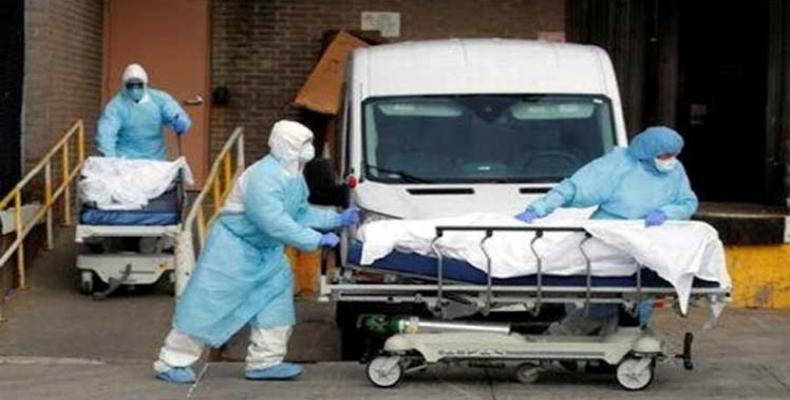 Washington, July 10 (RHC)-- The United States reported 62,000 new coronavirus infections on Wednesday -- a new daily record.  This brings the total number of confirmed cases to over 3 million -- by far the largest in the world.

The U.S. death toll has topped 132,000, but that is widely believed to be an undercount.  In Houston, Texas, ProPublica reports there has been a spike in people dying at home before they even make it to the hospital.

As the U.S. case count has soared, so has the demand for tests.  In Texas, drive-thru COVID testing sites report long lines and hours-long wait times.  And with many laboratories backlogged, test results can take more than a week to arrive, making contact tracing ineffective.