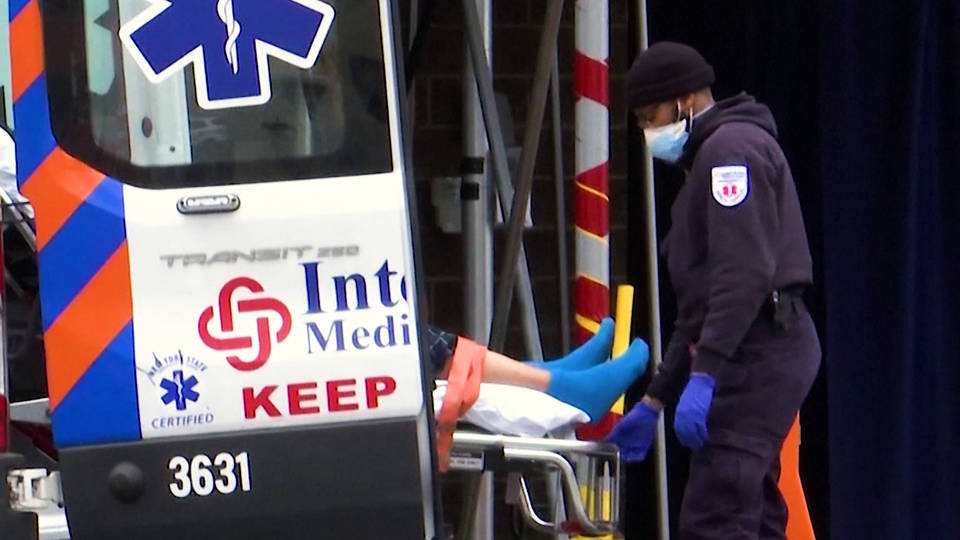 Washington, December 17 (RHC)-- The United States set a double record on Wednesday registering more than 3,700 deaths and over 250,000 new COVID-19 cases in just 24 hours, according to figures from Johns Hopkins University.  With the new reported fatalities, the death toll in the United States has now reached more than 307,291.

The U.S. has seen a spectacular spike in COVID infections for more than a month now, with some 113,000 people currently hospitalised due to the virus, according to data from the Department of Health and Human Services.  The numbers far outpace the rest of the world.  About five percent of the U.S. population has contracted the virus, or about 17 million people.

The United States has already rolled out its vaccination programme against COVID-19, and it aims to get 2.9 million doses of the vaccine developed by Pfizer Inc and German partner BioNTech, by the end of the week.

But Dr Robert Redfield, director of the U.S. Centers for Disease Control and Prevention (CDC), earlier warned that the country’s healthcare system could face a collapse before vaccines become more widely available by next year.  Redfield had noted that the latest coronavirus surge had already proven more devastating than previous waves in terms of its geographic scope and steeper trajectory of rising infection rates, hospitalisations and deaths.

Earlier this month, the University of Washington’s influential Institute for Health Metrics and Evaluation had projected the death toll could reach nearly 450,000 by March 1 without greater attention to social distancing and mask-wearing.

As this developed, the White House announced on Wednesday that U.S. Vice President Mike Pence and his wife Karen will be vaccinated for COVID-19 on Friday in a public event.  Surgeon General Jerome Adams also will get the vaccine on Friday.  The announcement comes as sources close to President-elect Joe Biden say he is expected to receive the shot as soon as next week.

The Reuters and the Associated Press news agencies cited transition officials familiar with the matter as saying Biden will publicly take the vaccine.  Biden said on Tuesday that Dr Anthony Fauci, the nation’s top infectious-disease expert, advised him to get the vaccine “sooner than later.”  Biden, who is 78 years-old, is in a high-risk category for the coronavirus because of his age.