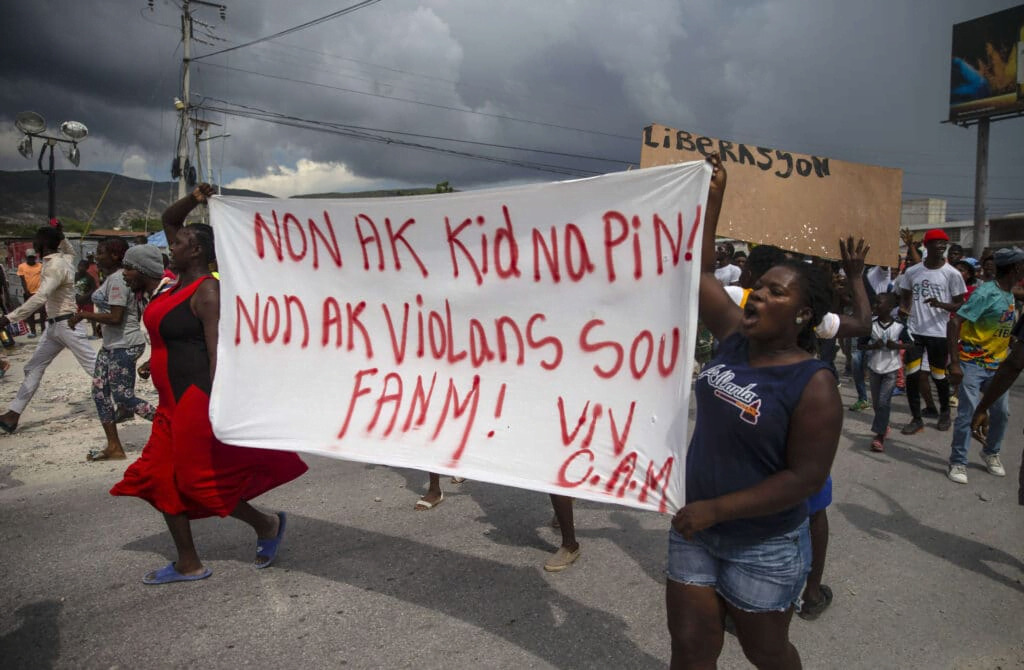 Port-au-Prince, October 22 (RHC)-- In Haiti, the leader of a gang suspected of kidnapping 16 American and one Canadian missionary members is threatening to kill the hostages if the $17 million ransom is not paid.

This comes amid a worsening economic and security situation in Haiti.  On Monday, workers went on a general strike to protest gang violence and insecurity following the kidnapping.

Meanwhile, demonstrators blocked the streets of Port-au-Prince Thursday to protest widespread fuel shortages.  One protest organizer said: "We are protesting because we want authorities to listen to our demands.  If we cannot work, we cannot fulfill our responsibilities.  We are citizens who are working for the community.  There’s no gasoline, and our children are hungry.”