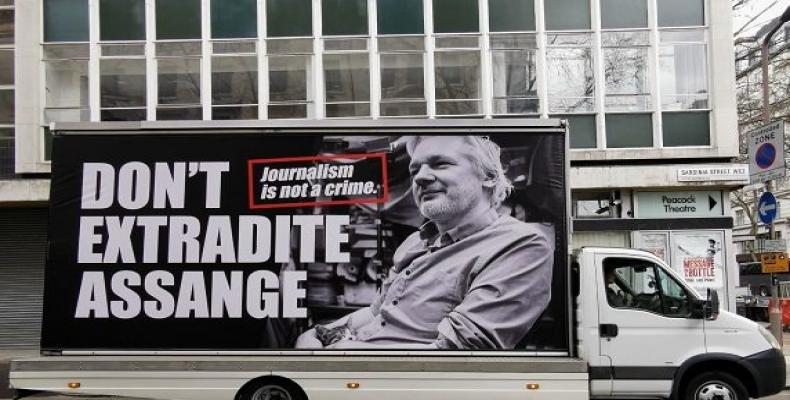 London, January 21 (RHC)-- In London, UK High Court judges will rule on Monday, the 24th, on whether to grant WikiLeaks founder Julian Assange leave to appeal to the UK Supreme Court against a decision allowing his extradition to the United States.

Ian Duncan Burnett, who is the Lord Chief Justice of England and Wales, and Lord Justice Holroyd will issue their decision whether to allow Assange to appeal extradition.

Julian Assange has been charged with 17 counts under the U.S. Espionage Act 1917 for receiving and publishing classified government documents, and one count under the Computer Fraud and Abuse Act -- facing 175 years in U.S. prisons.

Assange’s defence lawyers and press organisations argue that the case would set a precedent that would have a chilling effect on the freedom of the press if Assange is extradited, exposing journalists to the threat of extradition for publishing government documents.

In a statement issued in London, Stella Moris, Assange’s fiancée and mother of his two young children, said that Assange had spent longer in Belmarsh than many prisoners sentenced for violent crimes.  She added that the U.S. government had abused the U.S.-UK extradition treaty for political ends.

Julian Assange faces the prospect of imprisonment in the U.S. under conditions of “total isolation” for publishing information about “victims and crimes committed by the US in Guantanamo Bay, Afghanistan and Iraq.”