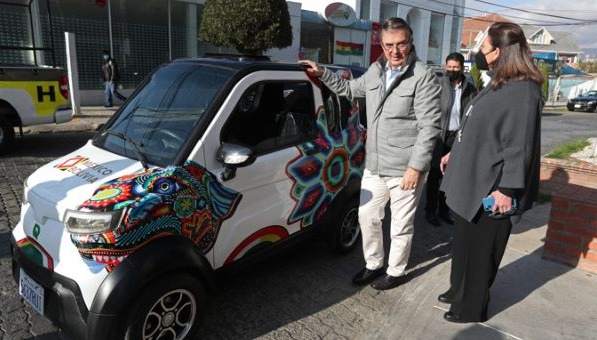 La Paz, August 6 (RHC)-- Mexico and Bolivia reaffirmed their decision to promote an alliance for bilateral and regional cooperation in the exploitation of lithium during a visit this Friday by Foreign Minister Marcelo Ebrard and his host counterpart Rogelio Mayta to the Uyuni salt flat, the largest deposit of this mineral in the world.

"This meeting and the conversations with officials of that country will allow boosting cooperation between both countries in lithium matters, and taking advantage of the Bolivian experience in the productive cycle, distribution and commercialization of this strategic mineral, promoting dialogue and regional cooperation with other countries with reserves," the Foreign Ministry informed in a statement.

The diplomats from the two Latin American countries visited Bolivia's Yacimientos de Litio de Bolivia industrial complex, in the 10,000 square kilometer salt flat formed in the bed of an ancient lake that dried up millions of years ago.

At one end of the salt flat, the foreign ministers visited the state-owned production plant that "produces 800 tons of lithium and will soon produce 15,000 tons of lithium," Ebrard said in a video posted on his social networks.