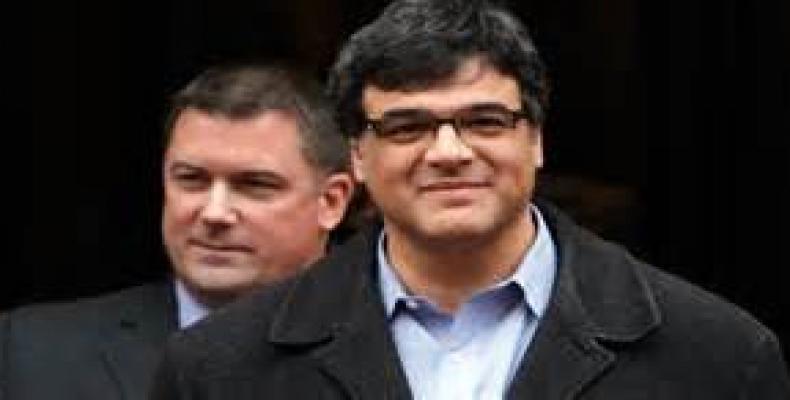 Washington, February 4 (RHC)-- In the United States, CIA whistleblower John Kiriakou has been released from prison. Kiriakou exposed the George W. Bush-era torture program and became the only official jailed in connection with it.

In January 2013, he was sentenced to two-and-a-half years after pleading guilty to confirming the identity of a covert officer to a reporter, who did not publish it. His supporters say he was unfairly targeted as part of the Obama administration’s crackdown on whistleblowers.

In 2007, he became the first CIA official to publicly confirm the Bush administration’s use of waterboarding. A Twitter post Tuesday shows Kiriakou smiling with his children, with the Dr. Martin Luther King Jr. quote "Free at last, free at least, thank God almighty, I’m free at last." He remains under house arrest for three months.