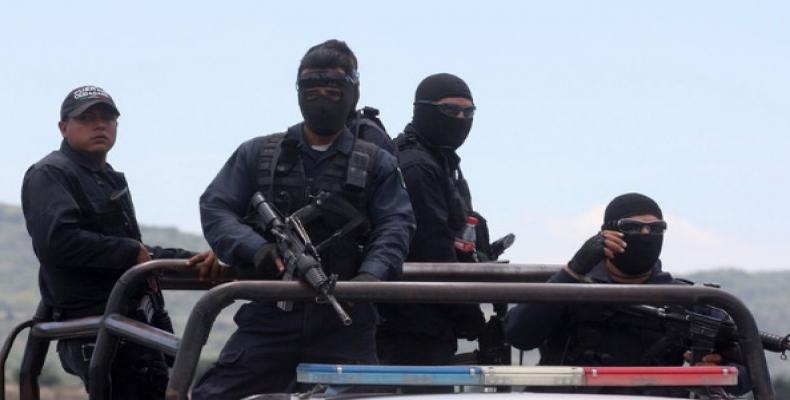 Mexico City, May 25 (teleSUR-RHC)-- Mexican Federal Police killed 42 men in the embattled state of Michoacan that they claim were members of the Jalisco New Generation cartel on Saturday and that they died during an armed confrontation, but testimonies by families and preliminary reports shows a whole different picture, as the bodies reveal that some were beaten before they died, while other bodies were moved and arms were placed, according to a report published on Sunday by La Jornada.

Only one police officer allegedly died in the confrontation. "This was not an armed confrontation, it was a massacre," said Victor Hugo Reynoso, brother of one of the victims, Luis Alberto Reynoso. Saturday’s clash, which has been considered the deadliest in recent history, took place in the El Sol ranch, in Michoacan, however, testimonies and evidence, is proving that it was not a confrontation. The official report, according to the Mexican newspaper, says only 36 firearms were seized, and that pictures show that the bodies were tampered with.

The relatives of the victims said other photographs of the bodies show them shirtless in some cases, in other cases without shoes and in their underwear. The bodies seem to be heavily damaged by the bullets. Six of them were inexplicably seriously burnt.

The families of the victims also believe weapons, which appear in the photos, were planted by police.