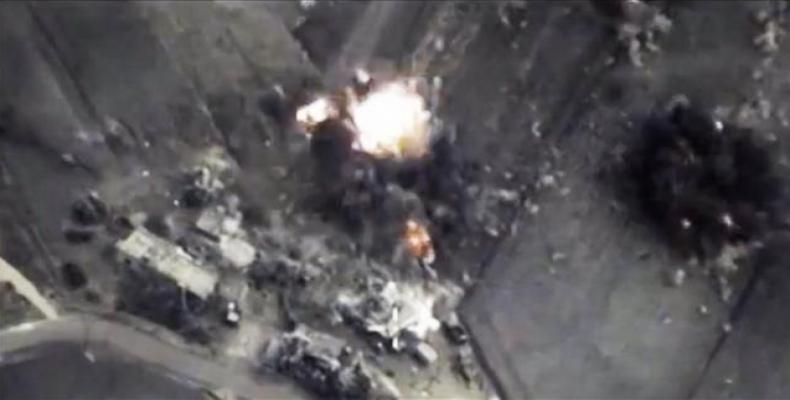 According to RT, the airstrikes were approved after a request from President Bashar Assad to Vladimir Putin, who has also expressed concern about the number of Russian extremists in the country.

The Russian Air Force carried out fifteen sorties striking ten Islamic State targets on Monday, the Russian Ministry of Defense has reported. An estimated 20 tanks were destroyed in the Tadmur district of Homs province, according to reports. Artillery positions were also struck, with three rocket systems and a munitions warehouse destroyed.