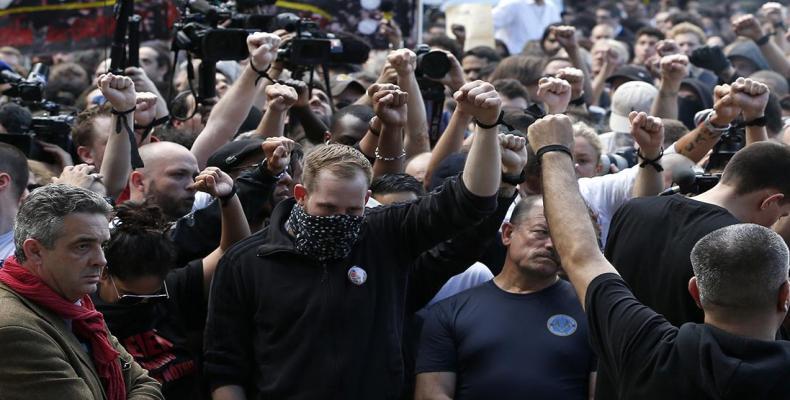 Paris, April 23 (RHC)-- Fresh skirmishes have erupted between French riot police and scores of demonstrators protesting against a controversial legislation proposed by the ruling center-right coalition government, which will bring about changes to the recruitment policy.

On Friday night, dozens of protesters gathered on Place de la Republique square in the capital, Paris, to express their discontent with the labor reforms commonly referred to as the "El Khomri law" after French Labor Minister Myriam El Khomri.

The protesters set a police car on fire, and many hurled projectiles at security forces. Security personnel fired tear gas canisters and stun grenades in return, and arrested a number of people to break up the demonstration, which was held under the motto "Nuit Debout" or "Rise up at Night."

The protest followed similar demonstrations against labor reforms across France over the past few days. The French government claims the proposed labor reforms focus on maximum working hours, holidays as well as breaks, and are aimed at curbing the country's unemployment rate, which President Francois Hollande is trying to lower below 10 percent.

Protesters and workers' unions, however, say the government wants to make it easier and less costly for employers to lay off workers.