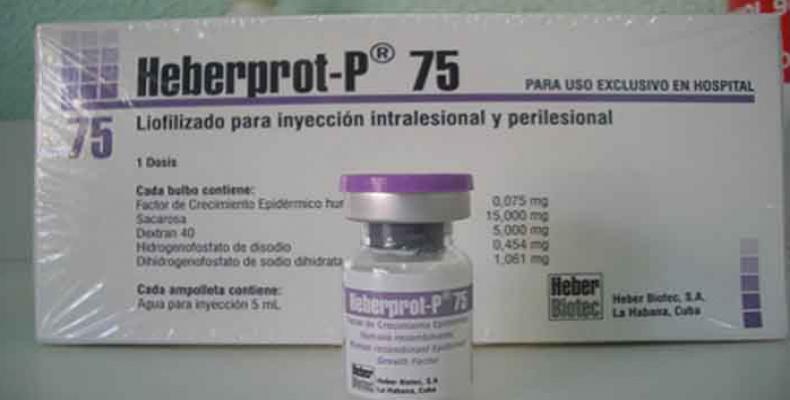 Moscow, July 23 (RHC-PL) -- Doctors from the Russian city of St. Petersburg participated in the trials of the use of Cuban drug Heberprot-P in patients with diabetic foot ulcers, diplomatic sources have reported.

The trial of the new drug took place at the "Dzhanelidze" scientific-research institute in St. Petersburg, the second city in federal importance in Russia.

Previously, the doctors took part in a conference hosted by Amado Leon, representative of the Center for Engineering and Biotechnology in Cuba, and vascular surgeon Reinaldo Martinez.

The exchange of experiences on the use of leading product of Cuban biotechnology allowed Russian specialists to get to know the benefits of Heberprot-P to achieve a 70 percent reduction in amputations of the lower extremities, Natacha Diaz, advisor to the Embassy of Cuba in Russia, told PL.

She highlighted the advantage of the drug to be combined with traditional methods for the treatment of severe diabetic foot ulcers.

Doctors attended the conference from different health institutions of St. Petersburg, where there are facilities for the treatment of these ulcers in diabetic patients.

Some 17 Russian physicians have now received advice for treatment with Heberprot-P, already used in 94 patients in 12 regions of the Federation, confirmed Diaz.

Registered in Russia in 2014, the Cuban injectable drug was included in the list of essential and vital drugs in this country in 2015, approved by the Ministry of Health.

Nearly 200,000 patients worldwide have been treated with Heberprot-P, of which more than 44,000 are Cuban.