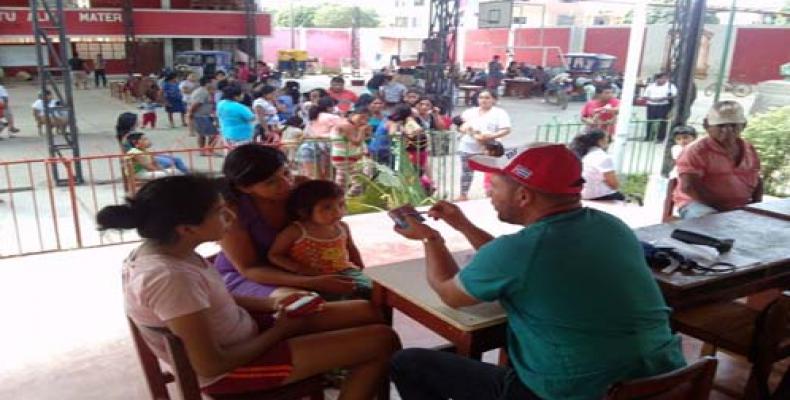 Lima, April 9 (RHC-PL) -- The Cuban medical brigade in Peru has treated a total of 2,570 patients, mostly children and adolescents, during four days of work in Piura.

The head of the brigade of 23 doctors and other medical professionals in Peru, Rolando Piloto, said that the figure was reached yesterday and noted that 33 percent of the patients are children.

The work of Cuban doctors is being carried out in cities and in shelters where thousands of refugees who have lost their homes due to the floods are now living in tents.