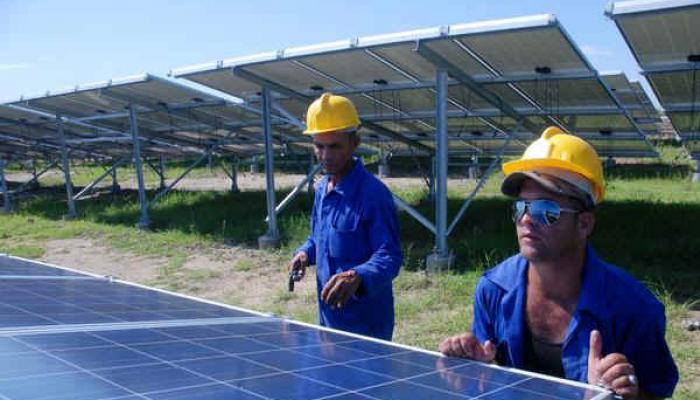 Mumbai, Feb 8 (RHC)-- The Cuban Ambassador in India, Oscar Martínez Cordovés handed the Secretary of the Ministry of Foreign Affairs, K. Nagaraj Naidn, the ratification document of the Framework Agreement of the International Solar Alliance (ISA) signed by Cuban President Raul Castro.  In this way, Cuba becomes a Founding Member of this Alliance, whose foundational Summit will take place on March 11, 2018, in New Delhi.

The International Solar Alliance was created in 2015 by India and France. The fundamental objective of this organization is to work for the efficient exploitation of solar energy in order to reduce dependence on fossil fuels.

Cuba is one of more than 120 countries situated wholly or partly between the Tropic of Cancer and the Tropic of Capricorn, which have entered the ISA, and share the collective ambition to undertake innovative and concerted efforts for the immediate deployment of solar generation assets.