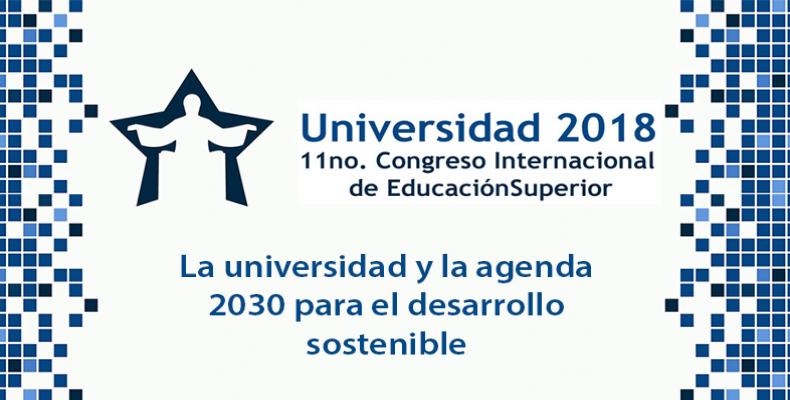 Havana, Feb 13 (RHC)-- Conferences, round-tables and scientific panels featuring scholars from various regions of the world are the focus today at the 11th International Congress on Higher Education, University 2018, scheduled here until Friday.

Inaugurated Monday in the Palace of Conventions in Havana, the event brings together professionals from different continents, including the president of the Union of Universities of Latin America and the Caribbean (UDUAL), Henning Jensen Pennington.

For the expert, the event allows for finding international alliances, in order to strengthen ties between South American countries, and thus create a new international academic geopolitics.

The rector of the Catholic University of Santiago de Guayaquil, Ecuador, Mauro Toscanini, and the Minister of Higher Education of Syria, Atef Al Naddaf, also stand out among the more than 2,500 delegates and guests at the conclave.

According to the program, the appointment will include a lecture by the Historian of the city of Havana, Dr. Eusebio Leal Spengler entitled, The University and inclusive sustainable development.

Convened by the Ministry of Higher Education, University 2018 promotes the exchange between representatives from 60 countries on different continents, as well as rectors of several universities around the world.

Founded in 1949, UDUAL is an organization of universities and institutions of higher education in the Latin American and Caribbean region.