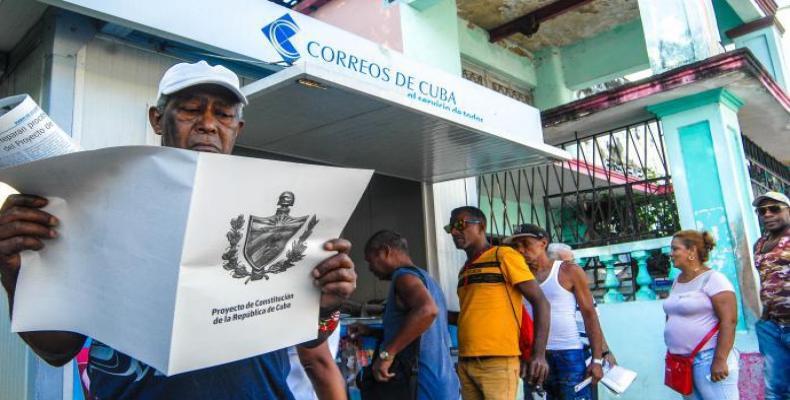 Havana, August 7 (RHC)-- The printed version of Cuba's constitutional reform proposal, which has been in circulation since July 31st, is the best selling tabloid of this kind ever distributed by the state enterprise Correos de Cuba, which is responsible for circulating the document.

Of the 800,000 tabloids distributed to date, more than 699,000 have been sold, while another 200,000 will be delivered to sales points across the country on Tuesday, to reach one million copies of the constitutional reform proposal.

In this morning's edition of Granma newspaper, Eldis Vargas Camejo, vice president of Correos de Cuba, said that the run of another 200,000 was necessary, since copies in most provinces were sold out.  Copies of the draft constitution are available at news-stands throughout the country at the modest price of one Cuban Peso.

Popular discussion of the draft constitutional reform will begin August 13th in thousands of meetings across the island -- in neighborhoods, workplaces, community centers and schools.

During this stage of the process, Cubans will be able to seek clarification and propose modifications to the text, to contribute to the drafting of a final proposal which will subsequently be submitted to a referendum vote.