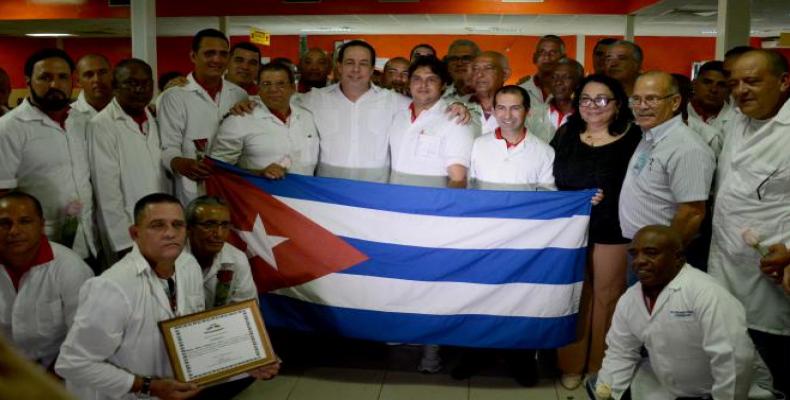 Havana, June 3 (RHC)-- Cuban President Miguel Diaz-Canel gave a warm welcome on his Twitter account to the Henry Reeve Medical Contingent Brigade, specialized in situations of disasters and epidemics relief, which worked for 48 days in Mozambique.

“Welcome to the Homeland fellow comrades. You have exemplarily fulfilled your Mission in Mozambique,” Diaz-Canel said.

He highlighted the work done by the brigade in difficult conditions, and the satisfaction of seeing them return having fulfilled their duty.

“The gratitude is not only from that sister nation, but from Cuba, because in addition to providing a very positive result in medical care, you have also left an imprint of the Revolution and our people,” Portal added.

The group offered some 22,200 consultations and performed 331 surgeries in 48 days of work, since their arrival last March 29, after the impact of the intense tropical cyclone Idai.   It was the worst cyclone on record to affect Africa and the Southern Hemisphere.