Cuba and Spain call for greater cooperation in the education sector 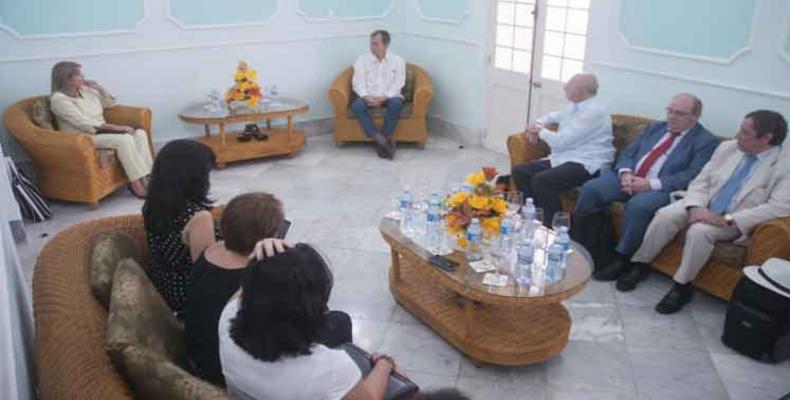 Havana, July 8 (RHC)-- The Spanish Minister of Science, Innovation and Universities, Pedro Francisco Duque, advocated in the Cuban capital for the strengthening of relations with Cuba, based on a strong cultural and humanistic tradition.

During a working visit to the Caribbean island, Duque will sing a memorandum of understanding between his entity and the Cuban Ministry of Higher Education (MES), which he said "will open new avenues of cooperation."

“It is really fundamental to have a cooperation framework that allows for more academic activities between the two countries,” he said.

The Minister congratulated the Spanish and Cuban rectors, "who, over the years and despite difficulties, have reached agreements and praiseworthy results".

The official highlighted Spain´s interest in working to make knowledge more accessible to people and to turn Spanish into a language of science, as necessary as English.

Cuban Vice Minister of Higher Education Miriam Alpízar highlighted the good state of bilateral relations and assured that Spain is the country with which Cuba maintains the most links in the academic field.

"We have held several meetings between rectors of both states and more than 300 agreements have been signed with Spanish universities in all areas of knowledge. More than 300 Cuban professors travel to Spain each year," she said.