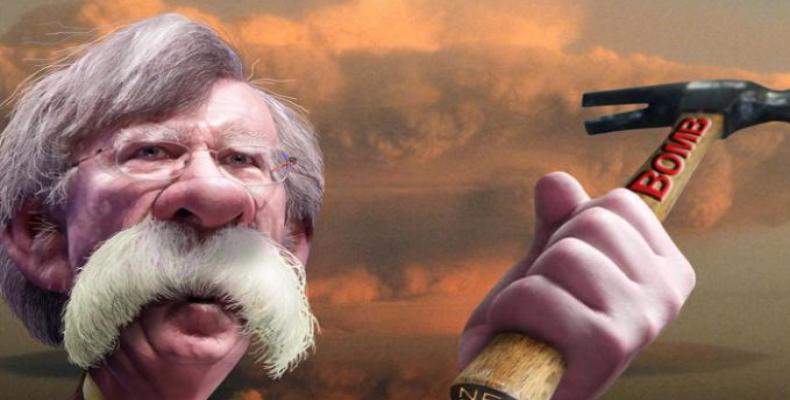 "The influence of US National Security Advisor is the most serious threat to international peace and security", he wrote on Twitter.

The island´s top diplomat added that invoking the Monroe Doctrine in the Western hemisphere "is an attack on the sovereignty and free determination of peoples".

John Bolton, also described by Bruno Rodríguez in recent days as a 'pathological liar without treatment', for his trajectory of 'inventions' and 'falsehoods' constructed to justify aggressions against governments that are not liked by Washington,  in 2002 accused Cuba of being part of what he called “the Axis of Evil” and of producing biological weapons of mass destruction. Cuba then demonstrated, with great detail, Bolton's  infamous lie, who made a fool of himself in the face of world public opinion.

Last April, during a speech in Miami, Bolton reaffirmed that the Monroe Doctrine 'is alive and in good health' and threatened Cuba to end what the 2506 mercenary brigade  could not finish in 1961 in Playa Girón.