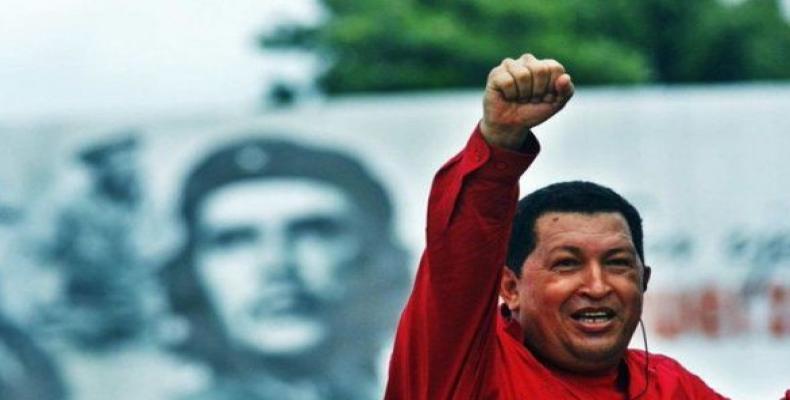 Havana, March 5th (RHC)--Seven years after the death of Venezuelan leader Hugo Chávez, intellectuals, diplomats, historians, students, and activists from Venezuela and Cuba remembered in Havana the revolutionary legacy of the comandante.

Several of Chávez's revolutionary, liberating and profound ideas, inherited by the progressive movements in Latin America, as well as his relationship with the Cuban revolutionary leader Fidel Castro, were mentioned in the conversation held at the Casa del Alba Cultural in Havana as part of the tribute to the renowned Venezuelan, reported Telesur.

Among the activities organized for the anniversary of the Bolivarian leader's departure, writer Germán Sánchez presented the second volume of his biographical work on Commandante Chávez.

Sánchez, who was the Cuban ambassador to Venezuela, quoted some parts of his work on the life and work of Chávez, which has an introduction by the current Venezuelan president, Nicolás Maduro. Sanchez announced the production of a third volume to be published by the end of this year.

The Venezuelan Ambassador to Cuba, Adam Chávez Frías, recalled the admiration his brother Hugo Chávez had for leader Fidel Castro, the influence Cuba had on the revolution undertaken by the Barinese in his homeland, as well as some anecdotes between the two dignitaries.