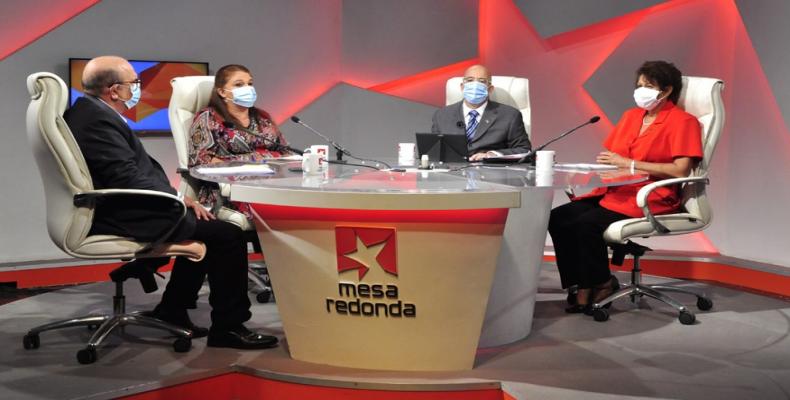 Havana, August 15 (RHC)-- The Cuban Minister of Education, as well as authorities from the Ministry of Culture and the National Institute of Sports, Physical Education and Recreation (INDER), participated on La Mesa Redonda (The Round Table) this Friday to report on how the country is preparing for the continuation of the school year in general education and in arts and sports schools.

According to plans, on September 1st they will restart teaching activities to conclude the 2019-2020 school year, which has been halted since the end of March as a preventive measure against the spread of the pandemic.  Work is underway to ensure conditions in educational institutions.

Speaking on the prime time television program, the head of Education, Ena Elsa Velázquez, recalled that when the first phase was declared on June 18, with the exception of Matanzas and Havana, the managers and workers joined the educational institutions, until the enjoyment of the holiday period, which began on July 20.

"This was a very intense stage, characterized by the action of the main cadres at all levels of management, in order to guarantee the conditions of the educational institutions and the preparation of directors and teachers," she added.

The Minister commented that more than 1,000 centers were identified where there were difficulties in complying with health and hygiene measures, "which demanded hard work to solve the problems detected, fundamentally related to hydro-sanitary installations and water supply", on which work continues.

One of the population's greatest concerns has been overcrowding in some educational institutions. Since the beginning of the pandemic," she said, "alternatives for solutions have been sought in each center, with the reorganization of teaching hours, premises and community facilities near the center, among others.

The Minister explained that the certification of educational institutions for the resumption of the 2019-2020 school year includes indicators established by the Ministry of Public Health. So far, she said, 127 centers remain uncertified.

In the case of Havana, which is in a phase of limited indigenous transmission, Velázquez Cobiella said that the Ministry participates in the weekly check-ups of the maintenance and repair program for schools.

Since the declaration of the first phase, there has been an increase in the number of child care centers in operation.  Of the 1,085 existing ones, 987 received children to respond to the working mothers who joined the production and service tasks, she noted.