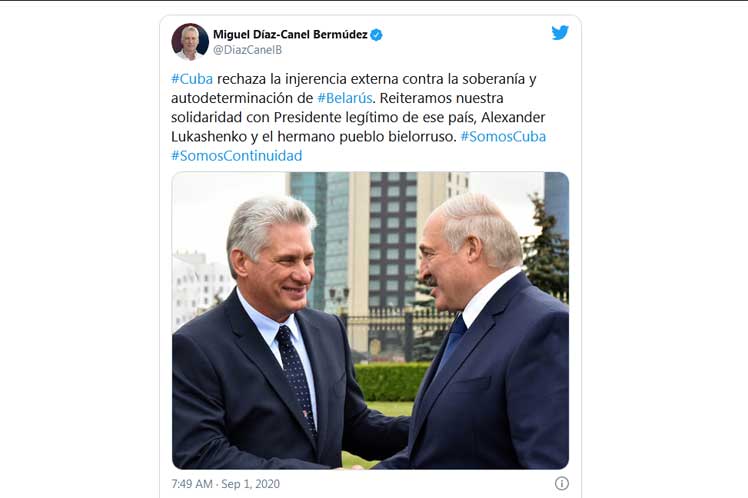 On Twitter, President Miguel Diaz Canel said that Cuba rejects external interference against the sovereignty and self-determination of Belarus. We reiterate our solidarity with the legitimate President of that country, Alexander Lukashenko and the brother Belarusian people.”

Foreign Minister Bruno Rodriguez Parrilla, for his part, noted that Cuba reaffirms its support to Alexander Lukashenko, the legitimate president of Belarus, and strongly rejects foreign interference of that sister nation.

Since August 9, Belarus has been the scene of protests against the result of the elections, which gave victory, with 80.1% of the votes, to President Alexander Lukashenko, in power since 1994. The opposition denounces an alleged fraud in the electoral process.