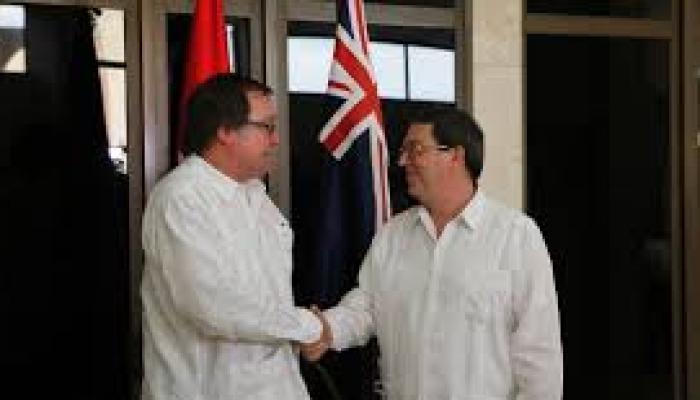 Havana, May 17 (RHC), -- Cuba and New Zealand agreed to strengthen bilateral cooperation relations during the visit to Havana on Friday by Murray Stuart McCully, Foreign Trade and Investment minister of that country.

During talks with McCully, Cuban foreign minister, Bruno Rodriguez, said that there is great potential to further develop the excellent bilateral relations shared by the two nations.

McCully on his part said that he has seen bilateral collaboration increase since he made his latest visit to Cuba in 2012 and he noted that there are many areas favoring these links.

Cuba and New Zealand established diplomatic relations in 1999, and until 2006 over 5 thousand citizens from that nation were taught how to read and write based on the Cuban literacy methodology known as Yes, I Can.