Hundreds of tweets sent to Biden demanding end of blockade 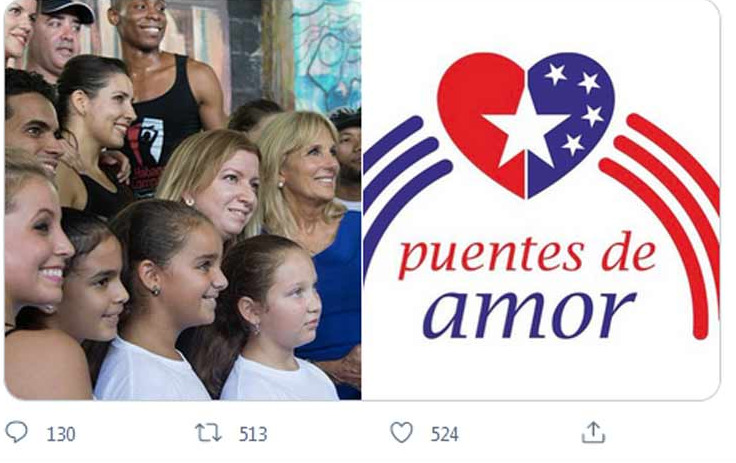 Havana, April 12 (RHC)--Cuban families on both sides of the Florida Straits are most negatively affected by the unilateral coercive measures imposed by the United States on the Caribbean nation, according to numerous Twitter voices.

On Sunday, hundreds of messages sent by Cubans inside and outside the country and people in solidarity reached U.S. President Joe Biden and his wife, Jill Biden, through that social media network.  They urged the lifting of the economic blockade against the island.

Likewise, they asked the U.S. president to eliminate the decisions adopted by the administration of his predecessor Donald Trump that hinder bilateral relations, including issues such as the suspension of the reunification program, remittances, and many airline flights between the U.S. and Cuba.

The messages alluded to the separation imposed not only by the COVID-19 pandemic but also by White House decisions to suspend visa services in Havana since November 2017, under the pretext of alleged acoustic attacks on embassy staff.

Likewise, by the subsequent closure in 2018 of the Citizenship and Immigration Service office, which forces Cubans to travel to third countries, making it almost impossible to process family reunification requests.