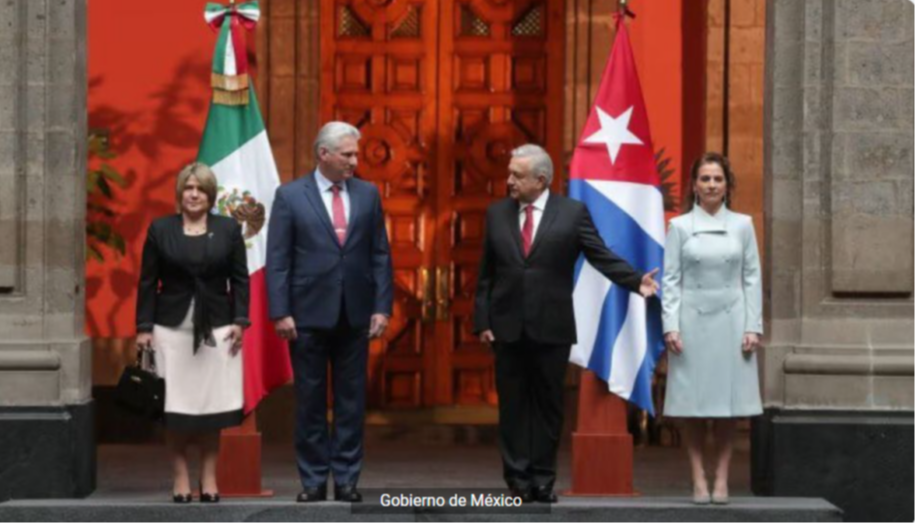 Havana, September 16 (RHC)-- The First Secretary of the Central Committee of the Communist Party of Cuba and President of the Republic, Miguel Díaz-Canel, is on an official visit to Mexico, where he will also take part in the 6th Summit of the Community of Latin American and Caribbean States (CELAC).

Mexican President Andrés Manuel López Obrador highlighted the long relationship of friendship between Cuba and Mexico, his country's position since the early years of the Cuban Revolution, when it was the only country in the region that did not break off relations with the largest of the Antilles, and rejected attempts by the United States to isolate it.

"We are nobody's lackeys, and Mexico is an independent, free and sovereign country, with a clear foreign policy that reaffirms what Benito Juárez said: between individuals, as between nations, respect for the rights of others is peace," Obrador said.

History is a witness of that. Our National Hero José Martí lived in Mexico, where he enriched his revolutionary and American vision; the exile of the student leader Julio Antonio Mella also took place there, and from the Mexican shores the young revolutionaries, with Fidel as their leader, left on the yacht Granma, to embark on the last stage of the struggle for Cuban independence.

It is in our memory that, faced with the mercenary invasion of Playa Girón in 1961, General Lázaro Cárdenas organised an international brigade to accompany Fidel and the Cuban people in the defence of their sovereignty.  Mexico's support every year in the struggle to lift the genocidal and criminal US economic, commercial and financial blockade is also historic.

Mexico today acquires great relevance as a regional actor, as it holds the pro tempore presidency of CELAC, and its challenge is to articulate joint cooperation among the member states of the organisation, at a very complex time due to the limitations of COVID-19.

The sixth summit of Heads of State and Government of the integration mechanism, to be held in Mexico on the 18th, will be attended by 17 leaders, two vice-presidents and nine foreign ministers, according to the Mexican foreign minister, Marcelo Ebrard. According to Telesur, the meeting will evaluate the response to the HIV/AIDS pandemic and the creation of a fund to deal with disasters caused by climate change.

However, one of the most exciting topics was Ebrard's announcement that he would present a proposal to reform or replace the Organisation of American States (OAS), which under the presidency of Luis Almagro has been heavily criticised for failing to meet its objective of strengthening peace and security in the continent, and instead complying to the letter with Washington's dictates.

López Obrador stressed that the same policy of 200 years ago, characterised by "invasion", can no longer be sustained, and proposed that the Organisation of American States be replaced by a new body that truly integrates all the countries of Latin America and the Caribbean.

Whatever the fate of this initiative during the Celac meeting, it will be a promising Summit, because several countries will advocate the elimination of such a lackey organisation of the US, as a clear sign of the unity of the region and the fight against interference.