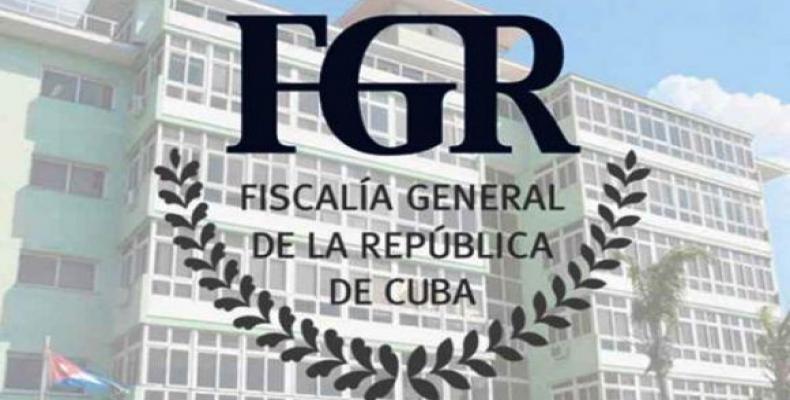 Havana, October 21, (RHC)--The Attorney General's Office warned citizens planning to stage counterrevolutionary marches next November 15 that if they fail to comply with the authorities' decision, they will be incurring crimes provided and punished by law.

A statement from the Office, published by local media on Thursday, said that on October 12, in the legitimate exercise of their functions and with precise legal arguments, government authorities denied the request presented by some citizens to hold marches in eight provinces of the country, considering them illegal.

After evaluating the intention publicly expressed by the promoters to maintain the call, the Attorney General's Office said it began to warn several citizens that they would incur crimes if they failed to comply with the decision of the referred authorities.

The Office mentioned disobedience, unlawful demonstrations, instigation to commit a crime, among the crimes they could be charged with

The statement added that the action of the Attorney General's Office in warning those citizens about the legal consequences of executing the march is based on Article 156 of the Constitution, which attributes to this body the mission, among others, of ensuring strict compliance with the Magna Carta, the laws and other legal provisions by the citizens.

Likewise, Law 83 of 1997, Law of the Attorney General's Office of the Republic, in its Article 7, establishes among its objectives: to preserve the rights and legitimate interests of state organs, institutions, and dependencies, to contribute to the prevention of crime and other antisocial conducts, to the strengthening of social discipline and the education of citizens in the conscious observance of legal norms.