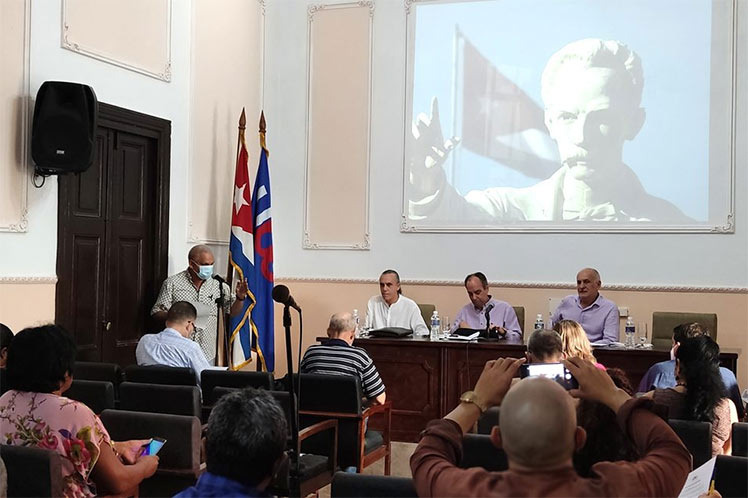 Havana, July 14 (RHC)-- Communication professionals in Cuba debated on Thursday the urgencies of the sector to break the media siege against the island and called for the 11th Congress of their organization.

During the 8th Plenary Session of the National Committee of the Union of Cuban Journalists (UPEC), Rogelio Polanco, member of the Secretariat of the Central Committee of the Communist Party and head of its Ideological Department, recognized the leadership of the media in the cultural war that is being unleashed against the country organized by the international right wing.

A report of the Cuban News Agency informed that in the meeting, participants discussed the draft bill of the Social Communication Law, which will regulate, from an integrated perspective, communication from the institutional, media, and community spheres.

The members of the organization also analyzed the proposals of a communication experiment to transform the model of editorial and economic management of the media.

These issues will be the focus of the debates of the 11th UPEC Congress, which will take place in July next year when the organization will celebrate its 60th anniversary.

UPEC President, Ricardo Ronquillo, said when reading the call at the Fidel Castro Center that the meeting will be held amid the battle of Cuban socialism for greater fullness and modernity, as defined in the new Constitution.

The media system in Cuba has undertaken since 2018 a process of transformation toward more self-managed editorial and economic policies.