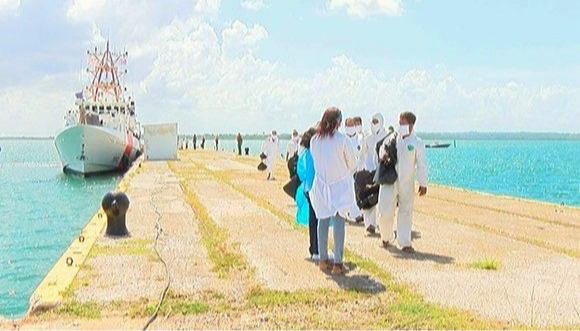 185 irregular migrants are returned to Cuba.​

Havana, Nov 26 (RHC) The U.S. Coast Guard returned a group of 185 irregular migrants to Cuba the day before, in compliance with the agreements signed between the two governments.

The travelers left the country illegally, and belong to all the country's provinces, except Pinar del Río and Cienfuegos.

According to a national television report, 152 men, 31 women, and two minors arrived in an operation carried out in the bay of Matanzas (west).

Cuban authorities recently warned about the dangers of illegal departures, in operations that only pursue lucrative purposes and with no real interest in human life.

Cuba advocates a safe, orderly, and regular migratory flow and condemns the hostile policy of the United States, which encourages this activity through provisions such as the Cuban Adjustment Act and obstacles to the processing of visas. (Source: PL)