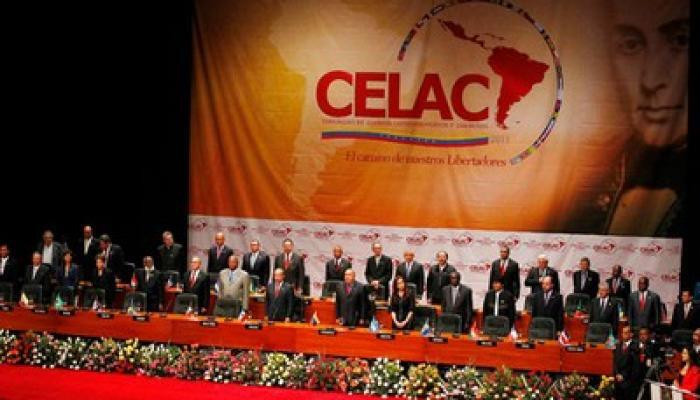 San Jose, January 27 (RHC-PL)-- The National Coordinators of the Community of Latin-American and Caribbean States (CELAC) have condemned the economic, commercial and financial blockade of the United States against Cuba, according to members of the group on Monday.

During a preparatory meeting held in Costa Rica ahead of the 3rd Summit of CELAC Heads of State and Government, January 28th and 29th, the coordinators of the bloc's 33-member-nations endorsed a resolution presented by the Cuban delegation.

The text ratifies the rejection of the blockade, which violates International law, and praises the decision announced on December 17th by the Presidents of the United States and Cuba, Barack Obama and Raúl Castro, to begin a process of normalization of diplomatic relations. The text also urges Obama to use his executive prerogatives to substantially modify the application of the blockade.

The coordinators of CELAC urged the U.S. Congress to initiate, in the short term, a discussion on the elimination of the economic sanctions that, most of all, do incredible harm to the Cuban people.

Likewise, CELAC officials strongly criticized Cuba's inclusion in the U.S. State Department's list of countries that supposedly promote international terrorism. The resolution is to be ratified by CELAC's heads of state and government during their upcoming summit, starting tomorrow, January 28th.