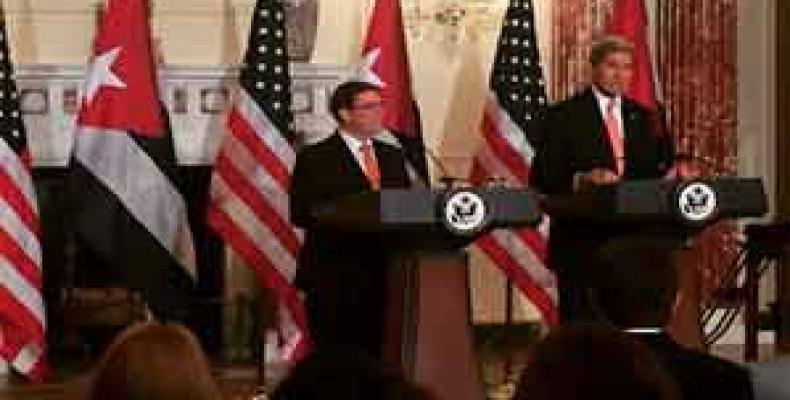 Washington, July 21 (RHC) –- Cuban Foreign Minister Bruno Rodriguez reiterated on Monday the need for the complete lifting of the U.S. economic blockade of Cuba, as part of the process to normalize relations between both nations.

Speaking to reporters during a joint press conference with US State Secretary, John Kerry, Rodriguez acknowledged US president Barack Obama's repeated calls on Congress to end this economic siege However, he stressed that Obama can further unilateral efforts on his part, on virtue of his executive prerogatives, to significantly weaken economic sanctions and help dismantle the blockade policy.