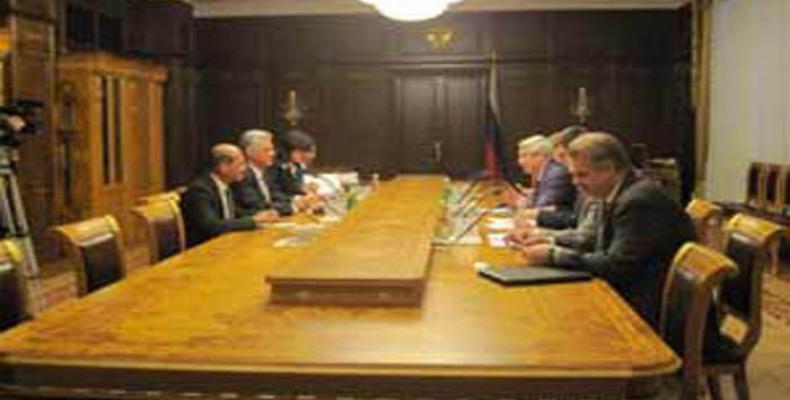 Moscow, September 1 (RHC)-- Cuban First Vice President Miguel Diaz-Canel met with Russian authorities after making a brief stopover in Moscow, on his way to Beijing, where he will attend celebrations for the 70th anniversary of the victory over fascism.

During his stay in the Russian capital, Diaz-Canel spoke with the head of the Council of the Russian Federation, Valentina Matvienko; the Deputy Head of Government and Co-Chair of the Russian-Cuban Intergovernmental Commission, Dimitri Rogozin; and representatives of the State Duma.

The meetings took place in a climate of cordiality and confidence and allowed both parties to assess the current and prospective state of relations between the two countries, with a high level of political dialogue.

The close ties of cooperation, realization of joint projects in important sectors and progress in the bilateral economic agenda were also among the topics reviewed by the Cuban leader with Russian authorities.