Cuba and The U.S. Discuss Measures by President Obama to Modify Application of Blockade Regulations 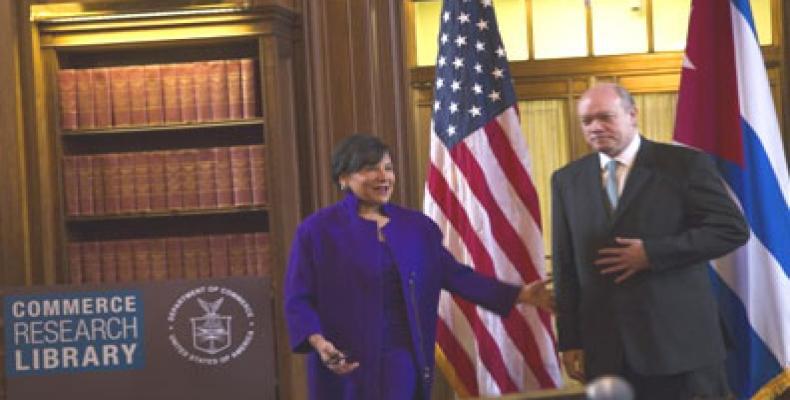 Washington, February 17 (RHC)--  The second round of U.S.-Cuba Regulatory Dialogue is in session Wednesday and Thursday in Washington, DC. The aim is to advance bilateral trade exchanges based on changes enacted by President Barack Obama on January 27th, which modify the application of regulations of the U.S. blockade on Cuba.

U.S. Secretary of Commerce Penny Pritzker is leading the U.S. delegation, which includes members of the Departments of Commerce, Treasury, and State.

The Cuban delegation to this second round of regulatory dialogue is headed by Minister of Foreign Trade and Investment Rodrigo Malmierca, and includes officials from the Cuban National Bank, the Chamber of Commerce and executives of several companies and industries.

Secretary Pritzker said in a communique that the second U.S.-Cuba Regulatory Dialogue is another opportunity to work directly with Cuban counterparts to better understand the way in which the two governments and economies can work together.