Foreign Ministers of Cuba and the U.S. Hold Official Talks in Havana 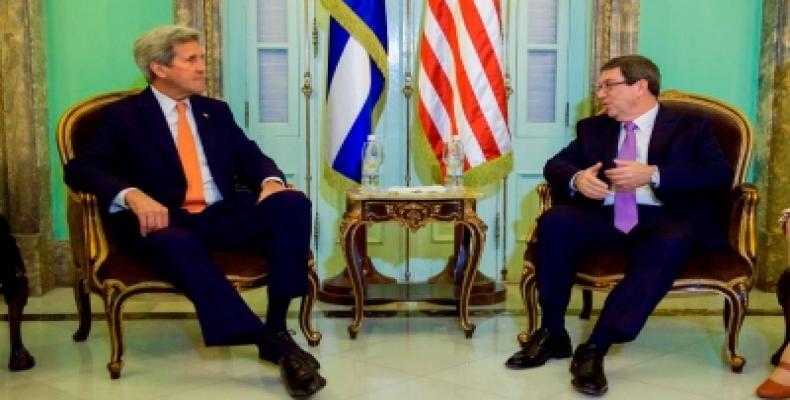 In statements to the press, Secretary Kerry expressed satisfaction with being able to accompany President Obama on this historic visit here.

Rodríguez and Kerry met for the first time on July 20th, 2015 in the United States, when the two countries re-established diplomatic relations and the Cuban embassy was reopened in the U.S. capital.

The two diplomats met again here in Havana on August 14th, 2015 for the official reopening of the U.S. embassy here in Havana. On that occasion, the two top diplomats offered a joint press conference.

Recently, on March 5th, Bruno and Kerry spoke on the phone about Obama's visit here –the first by an acting U.S. president to Cuba in nearly 90 years.