The President of the Parliament, Esteban Lazo Hernández, recalled Commander Fidel Castro Ruz in his introductory remarks. He said Fidel's ideas and thoughts continue to accompany the Cuban people.

From Havana Convention Center –venue of the gathering—Lazo congratulated the members of the University Student Federation on the occasion of the organization's 97th anniversary.

He reaffirmed that in the face of threats from the U.S. government, every Cuban would defend the Homeland from the area that corresponds to him.

During the meeting, lawmakers observed a momenr of silence in tribute to outstanding revolutionary fighter Faure Chomón Mediavilla, who died last December 5.

Lazo Hernández made a summary of the agreements adopted and issues discussed in the working committees on 17 and 18 of this month. He introduced the Minister of Economy and Planning, Alejandro Gil Fernández, who provided the deputies with an assessment of the financial results for 2019 and the budget for 2020. 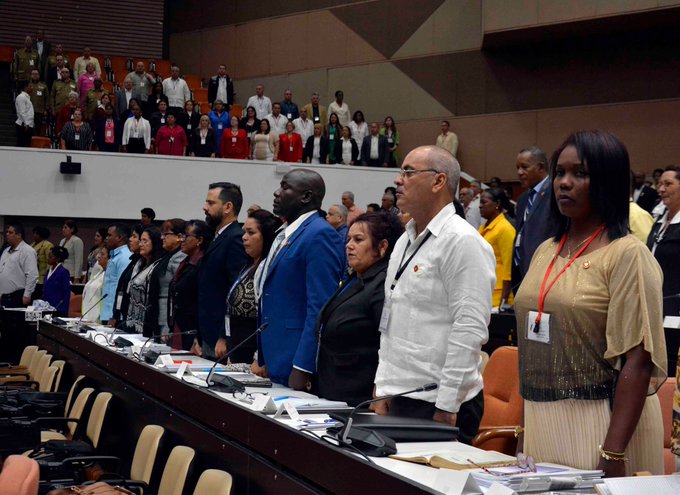 "The economy in Cuba during 2019 was hard hit by the brutal economic blockade, which not only affects the government but the entire Cuban people," Gil said.

The minister also recalled that in September, the U.S, stepped up its economic aggressions against the islnd, as no fuel entered the territory. The government adopted contingency measures, and ultimately, no hospital, school, or work center was closed.

He explained that it is planned to guarantee electricity generation. Still, he stressed it is necessary to maintain and increase savings measures and rational use of power, which means being prepared for additional restrictions while continuing to produce.

Gil Fernandez said that measures are being studied and implemented so that the economic performance in 2020 does not decrease, a challenge that will test the resilience and human will of the Cuban people.

The minister added that the economic plan for next year was designed on available resources, to guarantee the food, the purchase of fuels, and the production of food in the country, among others. 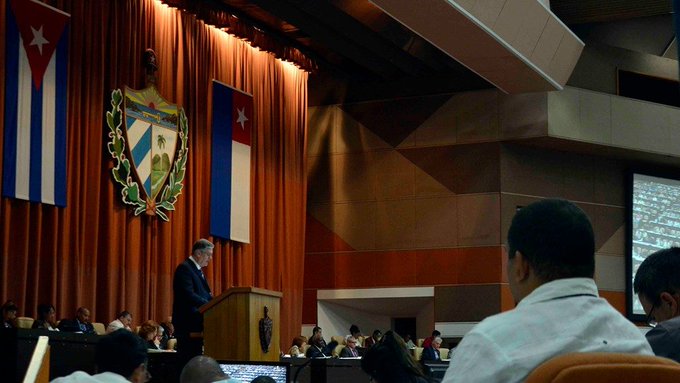 After the presentation by Finance and Prices Minister Meisi Bolaños of the State Budget Bill for the year 2020 and the opinion of the Economic Affairs Committee by parliamentarian Félix Martínez, the debate among the deputies began.

The deputies of the National Assembly of People's Power approved the State Budget Law for 2020 and the Economic Commission's report on this subject.

Also, at the proposal of the head of the National Assembly, Esteban Lazo, they unanimously approved a package of measures presented earlier by the Minister of Economy and Planning, Alejandro Gil.

That package includes the 12 priorities of the national economy for next year, 37 savings measures and 28 that favor the performance of the socialist state-owned company.

This is the first time that the Cuban Parliament, besides approving the Budget Law, assumes - as its own - decisions that impact the economy and that will be controlled by the deputies.