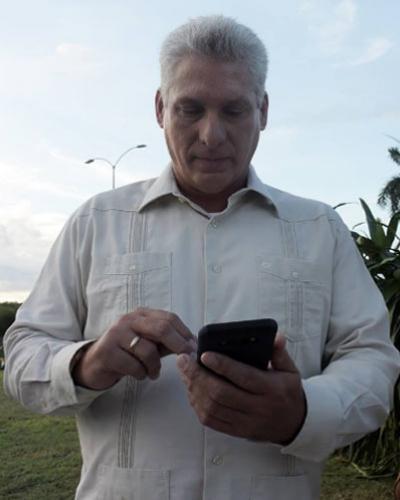 "We recognize that, in their presidential elections, the people of the United States have opted for a new direction. We believe in the possibility of a constructive bilateral relationship that respects differences," the Cuban leader wrote on Twitter.

This year of presidential elections in the United States, Cuba has suffered a brutal reinforcement of the economic, commercial, and financial blockade. For the first time, the total amount of damages caused by this policy exceeded 5 billion dollars.

Joe Biden, 77, was projected on Saturday by the media as the 46th President of the United States. His running mate, now vice president-elect, is Kamala Harris, who has a long career as a lawyer and senator.

Biden had been a senator for nearly four decades and was vice president of the nation during Barack Obama's two terms. In 2020, he won after surpassing the 270 votes he needed to beat Trump.

At the time of his victory, the AP reported that Biden had 284 electoral votes, a number that already added up to 20 from the state of Pennsylvania and previously 11 from Arizona.