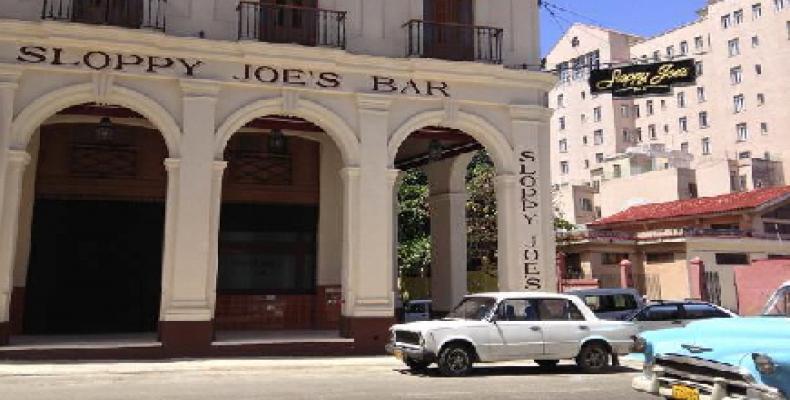 The bar Sloppy Joe´s is one of the most emblematic taverns from the early decades of the 20th century in Cuba. The place was during the 1940s and 1950s a magnet for American celebrities, and for tourists wanting to mingle with them.

The establishment was named after its original owner Jose Garcia, Joe, a Spaniard who had settled in Cuba. Joe was known for his lack of good manners, leading to people generally referring to him as “sloppy Joe.”

The Sloppy Joe´s became renowned mostly for its 18 meter-long counter, the largest one in Cuba and Latin America at the time. It was made out of one piece, of mahogany wood, and pictures show over 60 people easily finding accommodation at the bar, with enough space.

In 2013, after staying closed for 48 years, the Sloppy Joe’s sprang back to life. The Cuban company Habaguanex reopened the famous Havana watering hole following a full renovation.

But a mystery currently surrounds the Sloppy Joe`s enormous counter: nobody knows where the original piece is. Has it disappeared for good into some Havana black hole?

The famous counter has been replaced with a reproduction of the original, as well as the chairs, tables and shelves.

Seeking to find out more, we approached Architecture and Urbanism Projects of the Office of the Havana City Historian, in Old Havana, where records of the Sloppy Joe´s were to be preserved.

No information exists about the original counter, except that in 1965, it was split into varios pieces, and that a chunk roughly a third of its length is exhibited at the Museum of Rum, in Old Havana.

So there it is! A 6.5 meter-long piece of the Sloppy Joe`s original counter. It was brought to the Museum by French investors working with the Havana Club Company. But no files or tracks exist regarding where the piece came from or where the remaining sections are.

The Sloppy Joe`s Bar is symbol of that Old Havana where legends like Gary Cooper, John Wayne, Babe Ruth and Ernest Hemingway would mingle. And maybe the disappearance of its original counter is part of that magical past, now returning as a legend.