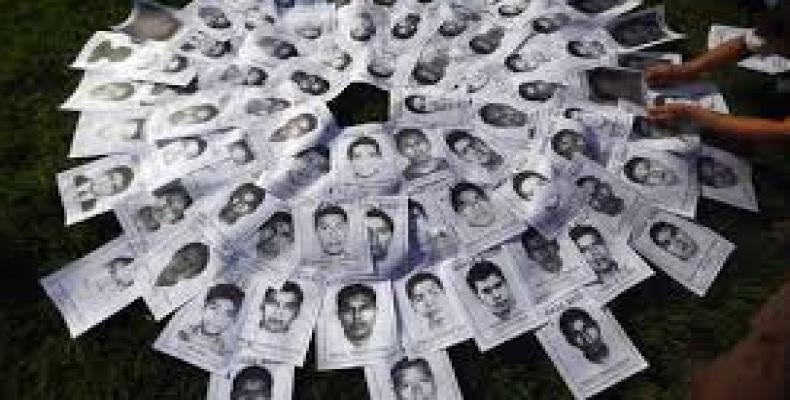 As the disappearance of forty three high school students from the Mexican Ayotzinapa Teachers School, in the State of Guerrero, is about to record its fifth year, the indignation of parents and other relatives, as well as of the community has risen to new heights following the decision of a local judge to set free a group of twenty four suspects.

A high official in the Mexican Ministry of the Interior declared to the press that such a decision by a local Ayotzinapa judge is proof that the Mexican system of Justice is rotten to the core.

He added that the release is an insult to the forty three adolescent victims, to their relatives, the community and to justice in Mexico, adding that such decisions bolster silence, complicity and impunity, and prevent society as a whole of learning the truth.

So far, the relatives of the abducted students have unsuccessfully insisted in learning the full details about the abduction of their children, and if they are dead, they are insisting in recovering their corpses.

The forty three Ayotzinapa High School boys and girls were abducted on the evening of the twenty six to the twenty seven of September 2014, as the young students boarded several buses and were traveling to the neighboring town of Iguala to demand better conditions at their school.

It has been ascertained that the buses were stopped by the municipal police, and the students were handed over to a group of drug-traffickers linked to the local authorities. The orders were issued to murder all 43 and get rid of their corpses by burning them.

The burning was conducted at a local refuse dump and the ashes were dropped in the local river, thus eliminating any proof of the mass murder.

However, this version was denied by an independent team of investigators who showed that the area did not have enough fuel to burn the corpses. And no evidence of a large fire was found.

The previous administration, headed by President Enrique Peña Nieto, claimed that it could not complete the investigation.

The current administration, headed by President Andrés Manuel López Obrador, has been more accessible and has received the relatives of the victims, but so far no real progress has been made in the investigation.

It is in this context that Judge Samuel Ventura has decided to release from the Tamaulipas prison the twenty four suspects, accused of committing the mass murder, a decision that throws more dirt over this already shady mass murder that has shaken Mexican and international public opinion, that demands justice and the punishment of the masterminds and the material perpetrators of this heinous crime.