A campaign of fear 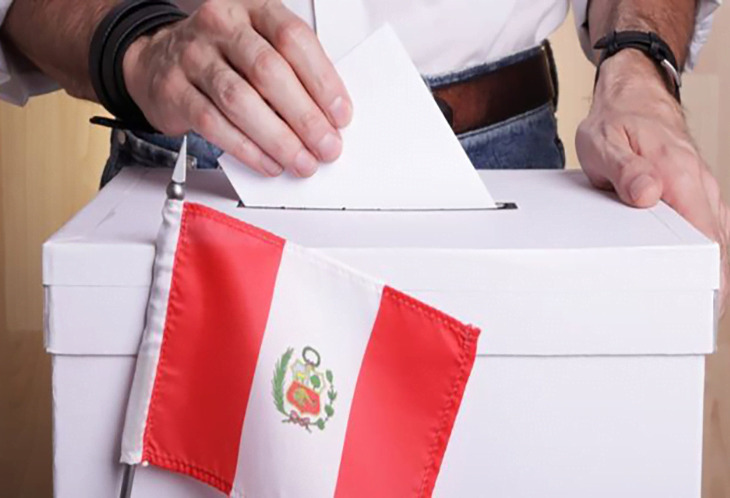 A campaign of fear in Peru

The electoral process is advancing in Peru, as we come up to the second round of the presidential elections scheduled for Sunday, June 6.  Voters will choose between the progressive professor Pedro Castillo and the representative of the ultra-right, Keiko Fujimori.

These are two strikingly different proposals for a country with deep inequalities, with a great concentration of wealth in a few hands and the majority of the population, especially in rural areas, plunged in poverty and abandonment.

Pedro Castillo offers to put an end to the extraction of natural wealth by a group of transnational corporations, which currently take more than 70% of the profits out of the country, leaving Peru devastated by unlimited exploitation and only a minimal share for the country.

The professor from Cajamarca affirms that this equation must be reversed to finance an equitable development of the population that should receive the essential services such as health care, housing, quality education and infrastructure.

Castillo also proposes changing the rules of the Free Trade Agreement with the United States, a mechanism that turns Peru into an importer of high-tech and high-priced goods and an exporter of devalued raw food materials.

Keiko Fujimori, daughter of the former ruler Alberto Fujimori -- in prison for serious human rights violations -- insists on maintaining the current neoliberal model and even deepening it.

In this political and ideological duel, various sectors of the right wing, including rivals of the so-called "Fujimorism" have turned their support to the candidate in order to prevent Castillo's victory at the polls.

The media, at the service of the economic powers that be, began a brutal campaign against the professor, to whom they hurl insults every hour of the day in a campaign that seeks to frighten the population.

Peruvian journalist and analyst Gustavo Espinoza denounced that "the new oligarchy hopes to make people believe that they represent democracy; and that those who oppose it are simply terrorists, socialists or communists."

In spite of that, the most recent poll of voting intentions, carried out by the firm Ipsos, gives Castillo 43%, against Keiko's 34%.

By regions, Fujimori's daughter maintains the majority in Lima, the capital, but in rural areas the proportion changes completely.

It remains to be seen whether the rest of the left wing will have a coherent position to prevent the triumph of neoliberal voracity, which inside and outside Peru aspires to continue plundering the Andean nation.