July 26th: A day that lives forever for Cuba and the world 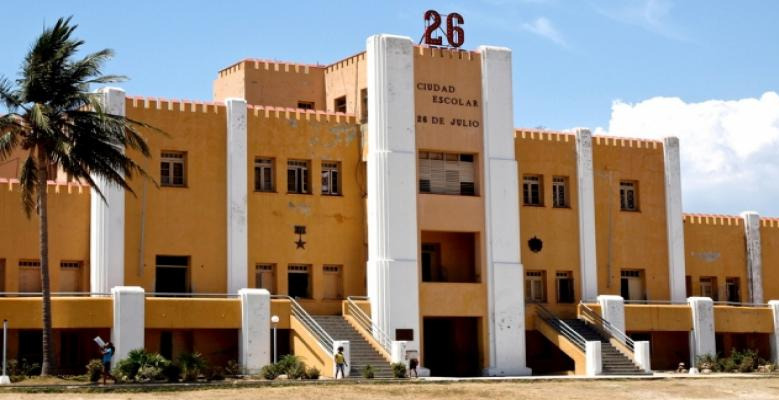 Still with sobriety, but with firmness, the Cuban people celebrate one more anniversary of the assault on the Moncada Barracks in Santiago de Cuba

Still with sobriety, but with firmness, the Cuban people celebrate one more anniversary of the assault on the Moncada Barracks in Santiago de Cuba and Carlos Manuel de Céspedes Barracks in Bayamo, a suitable date to take a brief look at our region 68 years after that historic day.

Today, people are fighting to defend the Bolivarian Revolution in Venezuela and the Sandinista Revolution in Nicaragua, both under fire from the United States, which imposes cruel sanctions to prevent their development, even though this brings suffering and shortages to the people of those countries.

In Guatemala, the so-called "corrupt pact" scored a new goal when the criticized head of the Public Prosecutor's Office, Consuelo Porras, dismissed the Special Prosecutor against Impunity, Juan Francisco Sandoval, who was forced to leave the country to save his life.

In this case, the previous government had already expelled the International Commission against Impunity, so these Guatemalans are at the mercy of corrupt politicians within the State, even at the highest levels.

In neighboring El Salvador, President Nayib Bukele, who holds in his hands the three branches of government, Executive, Legislative and Judicial, began a campaign to imprison former President Salvador Sánchez Cerén and remove what remains of the Farabundo Martí National Liberation Front, the FSLN.

Further south, tens of thousands of people took to the streets in Brazilian cities to demand the impeachment of Jair Bolsonaro, considered mainly responsible for the more than 19 million people infected with covid-19 and over half million deaths, due to the lack of effective policies against the pandemic.

In Colombia, violence kills at the same pace as coronavirus, and so far this year alone 55 massacres have been registered, with 206 activists and social leaders murdered, to which must be added at least another one hundred who were executed individually.

There are also some bright spots among so much darkness.  In Bolivia, people’s power has been reinstated and the de facto ruler, Jeanine Áñez, is about to go on trial, along with other coup plotters for state terrorism.

In Mexico, during the meeting of foreign ministers of the Community of Latin American and Caribbean States, President Andrés Manuel López Obrador demanded that the OAS be replaced by an organization that does not behave as a lackey.

During that meeting, Cuba received numerous expressions of support, solidarity and condemnation of the U.S. blockade and guaranteed that it will continue its efforts for true integration, which is the only way to overcome the burdens that still affect most of the peoples of the region.