An agreement for the welfare of the people 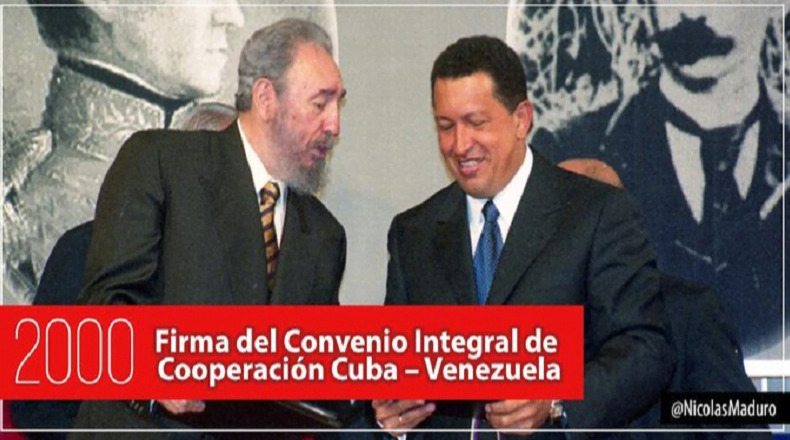 The more than two decades that have passed since the signing of the Cuba-Venezuela Comprehensive Cooperation Agreement have not diminished in its vitality and in the benefits it brings to both peoples, in the midst of the difficulties they face due to the sanctions and financial persecution they are subject to by the United States.

A review of these 21 years shows that 1,487 projects have been developed in health, sports, culture, energy, biotechnology, industry and trade.

Undoubtedly, in the health area, the impact on Venezuelans is invaluable. To date, more than 154,000 professionals from the Greater Antilles have collaborated in that South American nation.

According to the Cuban Foreign Ministry, medical consultations have exceeded one million, surgeries performed have surpassed three million, of which one million 089,000,544 have been eye surgeries.

But what is truly relevant, beyond the figures, is how much well-being and how much the integral Cuba-Venezuela Cooperation Agreement has meant for the health of the population, especially for the poorest sectors, which in these complex times of pandemic has made it possible to join efforts and wills to face COVID-19.

The Cuban medical brigades present in Venezuelan territory were reinforced with members of the 'Henry Reeve' Internationalist Contingent, who worked last year in the red zones of the Integral Diagnostic Centers in the care of those infected with the disease caused by the new coronavirus.

Also with the help of the Caribbean country, a Molecular Biology Laboratory was set up in 2020 in Guarenas, department of Miranda, which made it possible to increase the diagnoses of COVID-19.

The facility is located in the National Center of Medical Genetics, Dr. José Gregorio Hernández, founded in 2009, within the framework of the Integral Cooperation Agreement between the two countries.

The collaboration has also included the necessary vaccination to curb the virus. The Greater of the Antilles has sent to the Venezuelan people Abdala, its first immuno, of proven efficacy and produced by the Center for Genetic Engineering and Biotechnology.

The agreement between Cuba and Venezuela also laid the foundations and principles for the Bolivarian Alliance for the Peoples of Our America-People's Trade Treaty, which has given life to a new type of relations based on solidarity.

The signing 21 years ago of this Agreement by the historic leader of the Cuban Revolution, Fidel Castro (1926-2016), and Venezuelan President Hugo Chávez (1954-2013) was transcendental, which has strengthened the bonds of friendship between the two peoples and demonstrated that it is possible to build a better America.