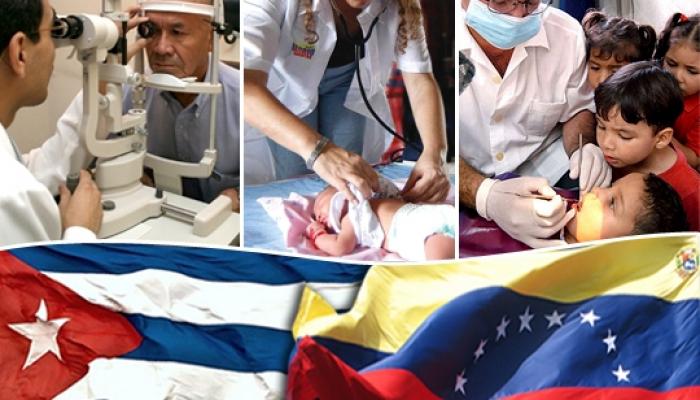 While fascist groups continue trying to spread violence and chaos and destroy the social and economic gains installed in Venezuela by the Bolivarian Revolution, the Government of that South American nation is standing fast in its efforts to improve the lives of all its citizens.

President Nicolas Maduro has announced that his Government is investing $300 million for the construction and-or maintenance of public health attention centers at the neighbourhood level.

This impressive public health plan is popularly known as Misión Barrio Adentro, or the In the neighbourhood mission.

This national, all inclusive health project was born in the year 2003 as part of joint Venezuelan-Cuban cooperation agreements.

Since 2003, 670 million medical consultations have taken place, all without charge, and an astonishing 80% of them by Cuban physicians and technicians.

President Maduro described the work done by the Cuban doctors, nurses and technicians as “really incredible.”

But Cuba has not only placed its expertise and human potential at the service of Venezuelan public health. It has also trained in its medical schools thousands of Venezuelan students, who are today practicing in the Public health system in their own country.

The Venezuelan Government is striving to strengthen and continue Misión Barrio Adentro which, as President Maduro said, marked the turning point as Venezuela headed towards a free, universal public health system of the highest scientific quality.

The new funds assigned will contribute to improving conditions in 251 health centers and 24 hospitals, by purchasing new technological equipment.

This significant effort by the Venezuelan Government for the benefit of all its citizens without exception is clearly appreciated by the Venezuelan people. They have shown themselves more than ready to defend the administration of President Maduro, and this often in face of violence, a reaction unleashed by thoise elements in Venezuelan society avid to recover privileges, privileges forever lost.