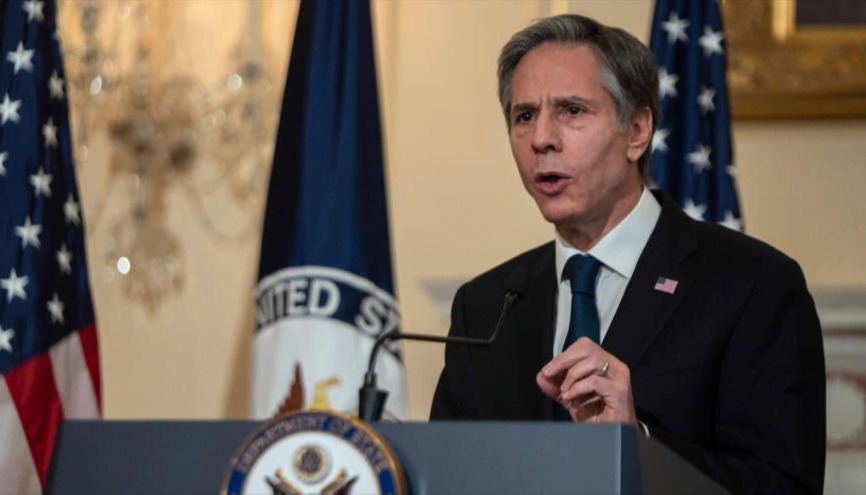 U.S. Secretary of State Antony Blinken said that his country maintains its recognition of the impostor Juan Guaidó with the argument that the recent regional elections in Venezuela were not valid, despite the resounding victory of the legitimate government of Nicolás Maduro.

He thus maintains the false premise that Washington is the appropriate arbiter to determine when votes work and when they don't, depending on whether the country in question is submissive or rebels against the whims of the White House.

To Blinken's misfortune, his high-handed statements came at about the same time that a UN expert ruled, no more and no less, that there are certain laws in the United States designed to prevent millions of people from voting.

This is how the Special Rapporteur on minority affairs, Fernand de Varennes, summed up his visit, stating that in many areas of that country there is evidently a "quasi tyranny" of the white majorities, stubborn in reserving for themselves the right to choose the authorities.

In a video conference, de Varennes said that the United States has incomplete legislation on human rights and their protection.

Such deficiency, he said, leads to millions of Americans, especially members of ethnic minorities, suffering from "inequality, discrimination and even exclusion," as well as an increase in hate speech and hate crimes.

"Members of the black community in that country are much less likely to participate in local and federal elections, and much more likely to be imprisoned and disparaged on social networks," de Varennes said.

He also warned that different levels of citizenship operate in the United States, in reference to the population of Puerto Rico, a territory claimed by Washington as a "free associate", but whose inhabitants cannot vote to elect the country's president.

Can you imagine the hue and cry in Miami and elsewhere if these anomalies were to occur in, say, Cuba, Nicaragua or Venezuela?

Well, it turns out that in the perfect democracy, as the United States believes itself to be, denying or obstructing the right to vote to millions of blacks, Asians or Hispanics, even poor and disenfranchised whites, is not only legal, but is endorsed by the highest court, the Supreme Court.

If anyone thinks this is an exaggeration, I recommend reviewing the voting restriction legislation passed this year in Texas and Arizona, just to cite two examples.