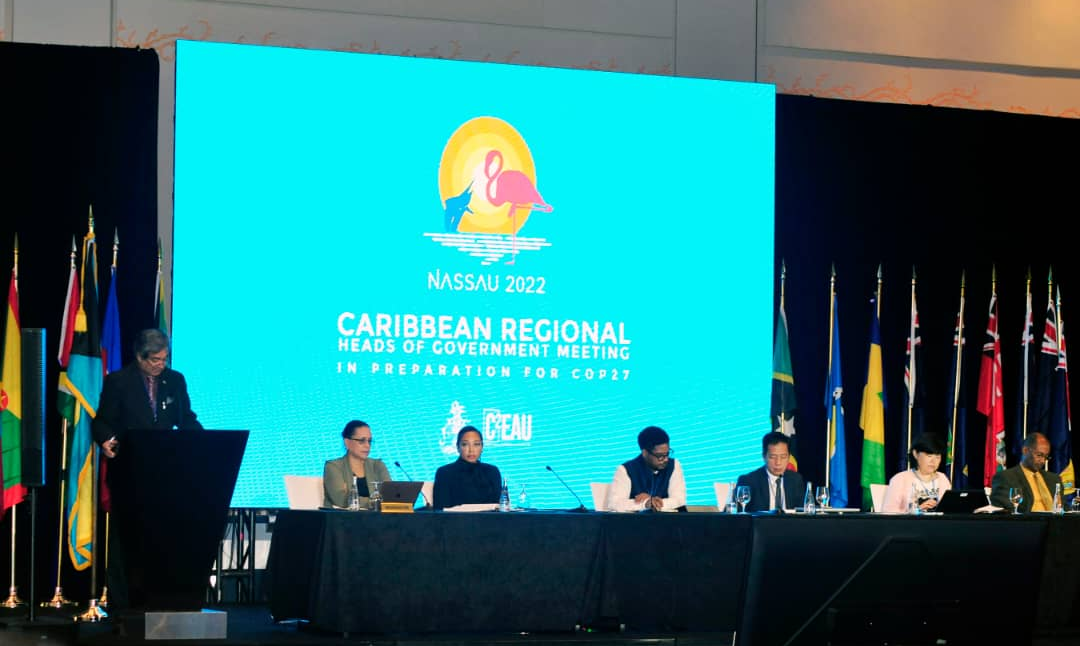 A propitious occasion to continue strengthening Cuba's historic and fraternal ties with the Caribbean has been the celebration in Nassau, the capital of the Commonwealth of the Bahamas, of the First Regional Meeting of heads of government, in view of the UN conference on climate change to be held in Egypt next November.

In meetings of the Cuban delegation, headed by Prime Minister Manuel Marrero, with representatives of the governments of several countries such as the Commonwealth of Bahamas, Dominica and Barbados, the existing cooperation in various areas such as health, education and climate change was reviewed.

Cuban medical aid has been extremely useful for decades and, after the arrival of COVID 19, it was intensified. In fact, states in the area requested an increased presence of health professionals from the Greater Antilles.

As a result of this request, several medical brigades went to Suriname, Jamaica, St. Vincent and the Grenadines and St. Kitts and Nevis, among others.

But the Caribbean also supported the archipelago in its fight against the disease caused by the new coronavirus, in the face of the intensification of the genocidal U.S. blockade that imposed new obstacles to the acquisition of the necessary supplies for the care of the infected.

From Barbados, St. Vincent and the Grenadines, St. Lucia and St. Kitts and Nevis, among other countries, came the solidarity aid that meant so much to the Cuban people.

Over the decades, several initiatives launched by Cuba have reached the Caribbean. For example, the Miracle Mission, an ophthalmologic rehabilitation program that has benefited the region's poorest people.

Invaluable has also been the support of Caribbean nations in the struggle of Cubans to lift the economic, commercial and financial siege imposed by the United States for 60 years.

CARICOM, the Caribbean Community, also took a position of rejection of Havana's exclusion from the so-called Summit of the Americas, held last June in Los Angeles, United States, a position it reiterated during the sessions of that meeting.

Cuba currently maintains ties at the highest level with the states that make up CARICOM, based on respect, equality, cooperation and solidarity.

Cuba has always been in favor of closer relations with its Caribbean brothers, who in a courageous stance defied U.S. pressures and established diplomatic ties with our country in the 70s of the last century.