Cuba calls for an end to unilateral measures 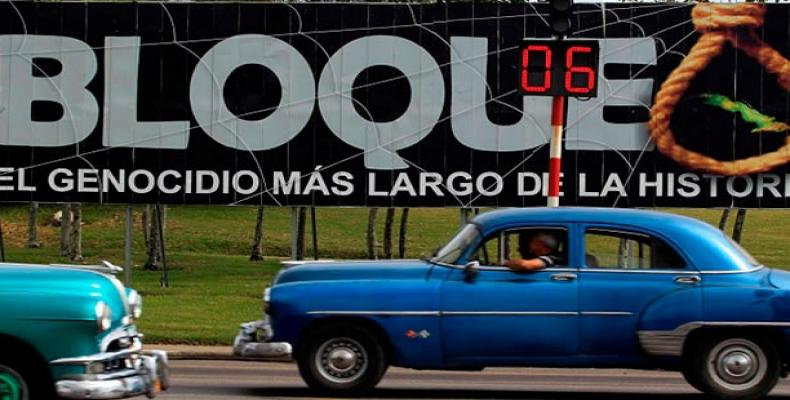 Cuba's voice was raised again at the UN Human Rights Council to denounce unilateral coercive measures, which, it said, are in fact criminal acts and indiscriminate economic wars.

Cuba's voice was raised once again at the UN Human Rights Council to denounce unilateral coercive measures, which are in fact criminal acts and indiscriminate economic wars.

This is the case of the economic, commercial and financial blockade imposed by the United States for sixty years against our country and which constitutes a flagrant violation of the prerogatives of more than eleven million Cubans.

During the debates of the 51st session of the Council, the permanent representative of Cuba to the UN-Geneva, Juan Antonio Quintanilla, described as incalculable the human impact of that hostile policy, reinforced, he stressed, in the midst of the COVID 19 pandemic.

At least 50 of the 243 measures against the Greater Antilles of Donald Trump's administration were adopted in the midst of the global health emergency, hindering the country's confrontation with the disease caused by the new coronavirus.

Criminal provisions that are still largely maintained by his successor in the White House, President Joe Biden, despite international condemnation.

Every year, at the UN General Assembly, the world demands the lifting of the genocidal blockade. A demand that is also heard loudly in the United States itself, an example of which is the state of Connecticut, where many citizens are in favor of the links between the two countries.

In fact, Cuban diplomats at the UN received a warm welcome during their recent visit to cities in that state, where they had an exchange of good will with many of its inhabitants to make known the truth about the Caribbean nation.

Local authorities are promoting resolutions of condemnation against the economic siege, such as the one that will be voted on next 20th at the Willimantic City Council.

Other cities in Connecticut, such as Hartford and New Haven, have already passed resolutions in this sense, and are also asking President Biden to normalize relations between the two countries.

This initiative adds to the calls of other cities such as Boston, capital of Massachusetts, to finally put an end to that hostile policy, which has caused Cuba in six decades millions of dollars in economic damages.

Cuba is not alone, it is a reality that the United States should finally understand, and leave aside positions of force and interference that only provoke the condemnation of the world.